FSK focuses on strength and innovation in polyurethanes

The current drive for energy-efficiency and eco-friendliness in the construction market will increase demand for polyurethane-based products. That's the good news message to come out of the Association of Foamed Plastics and Polyurethane (FSK) 2013 conference.

Speaking at the event in KraussMaffei's Munich plant in December, FSK chairman Albrecht Manderscheid recalled the association’s celebrations for its 50th anniversary in 2012.

Manderscheid, who has been elected chairman of the association eight times, said: “This gave us insight into a very varied and future-orientated work.

“We are not afraid of the competition in the field of polyurethane,’ said Manderscheid as he set the tone for the conference and introduced FSK’s 2013 motto ‘polyurethanes in competition.’

“These are the pictures you will see for the coming two days. There will be many interesting presentations discussing the advantages and possibilities of polyurethane as well as aspects of the competition within the polyurethane market.

“Today’s world of plastic cannot be imagined without polyurethane and over the years we have discovered many applications for it.

“The innovation in creativity has been long determined and it is a very important complement to global industry” and also the “the biggest and strongest” market in Europe.

The FSK predicts that the mid to long-term growth of polyurethane will be around 3% he said, adding that worldwide trends - such as the changes in population demographic as people live longer lives - are important factors in this development.

Manderscheid described FSK as a unique organisation and added “It is very important for the successful development of the polyurethane industry and we can say to ourselves that we are all participating in a value added chain."

The amount of polyurethane produced by the 27 EU member states in 2012 was around 3.4m tonnes with nearly a third (29%) going into the construction/insulation industry, closely followed by 26% into the bedding and furniture sector and 16% to the automotive industry, Schloz said.

The remaining 29% is split between refrigeration (7%), technology (8%), coatings and paints (8%), shoes (2%), sports/recreation and textiles – both sectors that accounted for 1% of Europe’s processed polyurethane output in 2012. 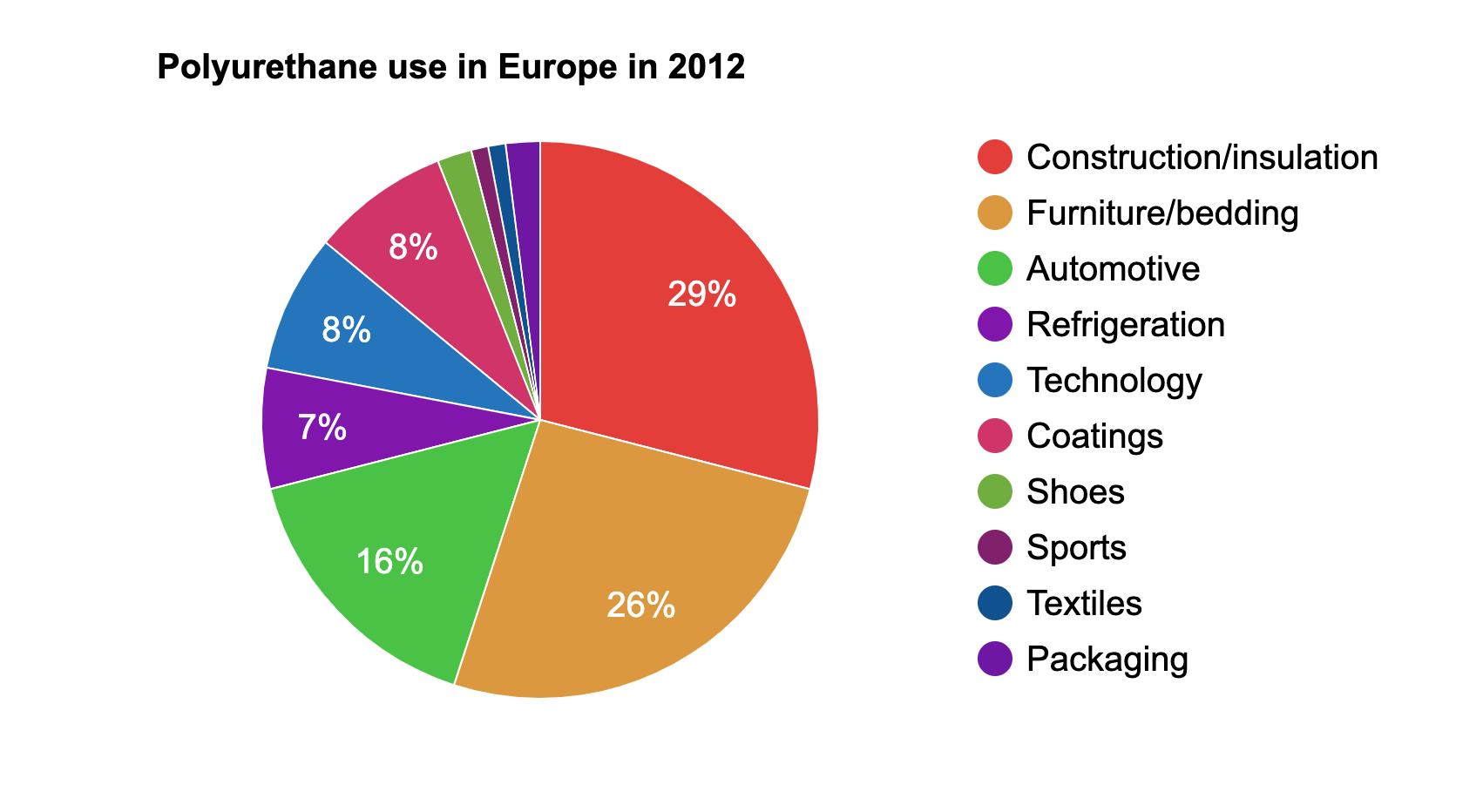 Schloz told the meeting of around 200 delegates that the European market for polyurethane had “slowed down” in 2012 and 2013 compared to other regions.

But he said competition in the region had “significantly picked up” as business leaders recognised the value of the material and the market to today’s world.

“The semi-finished and polyurethane components markets are much tougher,” he said.

However, he said the increase in construction expected as Europe claws its way out of recession would likely fuel growth and opportunity in the rigid foam sector. Similarly, changes in insulation regulations and funding for improvements in energy-efficiency will help the polyurethane industry going forward.

He said there is currently around 260,000 tonnes of processed polyurethanes within Germany’s construction industry. It is being used in a wide variety of applications such as polyurethane rigid foam insulation.

Across Europe, the amount of processed polyurethane stands at approximately 920,000 tonnes.

Schloz went on to quote further figures that confirmed the utility of polyurethane as the material of the times. “Its share has risen from between 5% and 6% of all plastics to 7% in Europe. In Germany, the share of polyurethane in the plastics industry is even a bit more.”

He said the German polyurethane market remained the strongest in Europe in 2012.

With its polyurethane production  in 2012 (800,000 tonnes), the country produces more than a quarter (27%) of Europe’s total output but, he added that sales of polyurethanes produced by Germans had even dropped there.

One reason behind Germany’s slight decline in production, Schloz said, was Italy’s ability to supply German clients with processed polyurethane. Italy’s unique capacity to export high quantities of polyurethane into Germany had, said Schloz, held Germany’s polyurethane production at 7% of all plastics produced in Germany during 2012.

Italy’s 2012 production was close to 600,000 tonnes making it the second largest producer of polyurethanes in Europe.

He told delegates that more than 500,000 tonnes of polyurethane is used in cars within Europe and 190,000 tonnes of this is made in Germany. Even slight shifts are linked to high volumes.”

He also said the association had seen evidence of a “slight decline” in the flexible foam/polyurethane slabstock sector for the furniture and mattress industry.

Lightweight construction would continue to be a key driver of polyurethane sales, he said.

“New product ideas in niche market are pushing application areas and the development of polyurethane.”

“For Germany, we are expecting a stable development for the polyurethane market and its sales sectors and an industry turnover of EUR 5.1bn ($6.9bn) during 2013.

"We expect the industry will employ around 41,000 people and we will see a return to strong growth and increased competition with some migration within Europe,” added Schloz.

Jorg Palmersheim, secretary general of the European trade association for producers of diisocyanates and polyols ISOPA, told the conference that there is a drive for energy-efficiency and environmental-friendliness.

The drive is particularly within the building insulation and automotive industries and likely be very good for the industry.

Palmersheim stressed to delegates the importance of education and safety in the polyurethanes industry and said ISOPA was almost finished with its task of assessing the safety of polyurethane substances. “We think 150 are handled in a safe way,” he said.

He said: “Polyurethane can contribute to the protection of the climate, you cannot really substitute those materials. Globally, production is at 15.3 million tonnes but I can remember a time when China was not the biggest consumer of polyurethane. Never-the-less, Europe is in second place and I think we can be proud of that.”

Palmersheim said the polyurethane industry was currently employing 80,000 people in Europe. We have 4,800 companies but a more important figure is the indirect creation of jobs through the industry.

Fries told delegates that KraussMaffei’s “fibre composites are on a path to success” and that “strong growth can expected in industries where weight reduction plays and important role.” These, he said, include the automotive market where lighter weight materials translate to a more energy-efficient use of fuel resources and in construction, where it reduced transportation costs and allows for faster installation than more traditional bricks and mortar building methods.

He described the KraussMaffei process to produce solutions for the automotive industry and outlined the multi-layer polyurethane process behind the company’s fibre composite spraying.

“It enables the production of composite parts precisely matched to specific applications,” he said.

Fries said that each layer can be “made either completely or partially of compact or foamed material, with or without fibre reinforcement.”

BMS’s Muller outlined the benefits of the Baypreg PU sandwich structure – a composite made up of a core layer of, for example, paper honeycomb sandwiched between two outer layers of a polyurethane impregnated glass fibre mat. The composite is used to create lightweight overhead shelf in the automotive business.

Muller told delegates the innovation was the result of a collaboration between BMS, its longstanding German partner Fritzmeier Composites and Hennecke.

He said: “Even though the material polyurethane is already over 75 years old and sometimes gives the impression that everything possible has already been invented development work like this demonstrates the attraction this material still has and what is possible with it.”