Korea is a well-established market for polyurethane. Korean polyurethane foam-makers and raw material suppliers operate around the world and have ambitions to become truly global players, Simon Robinson looks at some of the numbers.

In 2012, according to figures from the Korean Polyurethane Society (KPUS), consumption was 720kt, out of a world demand of 17,975 kT/year, about 4% of the global total.

Growth in foam for bedding applications peaked between 1985 and 1995 when it grew from 4kT/year to 25kT/year and then fell off to almost 16kT/year according to Polyurethane World numbers. Footwear is the one area of PU use has fallen consistently since 1985, as production has moved to lower cost countries such as China and more recently Vietnam. 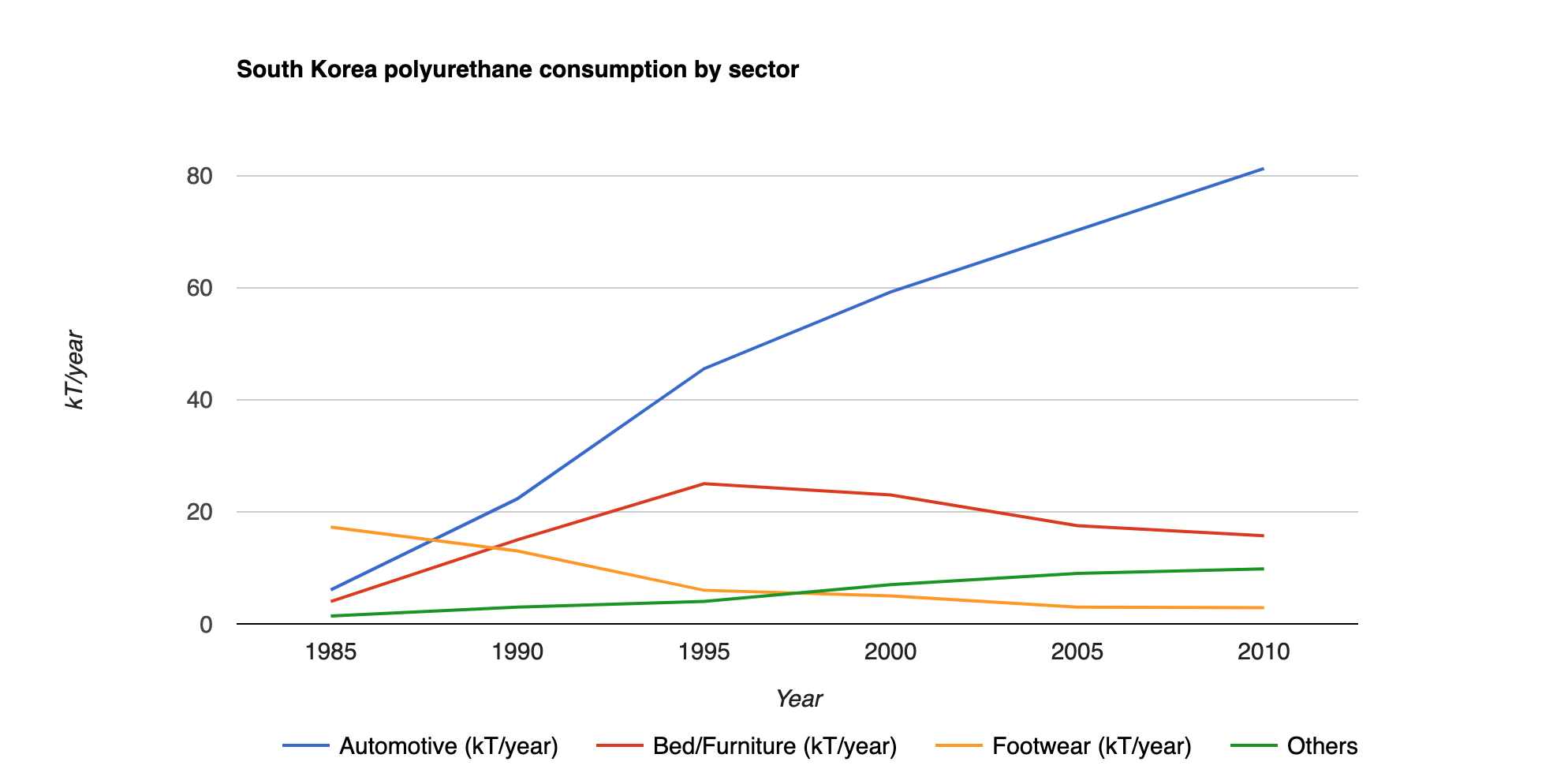 Between 1985 and 2010, according to figures from Korea’s Polyurethane World magazine, automotive production rose from 265,000 cars/year to 2.9m cars/year with a compound annual growth rate of 11% during the same period the amount of flexible foam consumed in the sector rose from 6kT/year to 81.2kT/year at almost the same rate according to numbers from Polyurethane world. 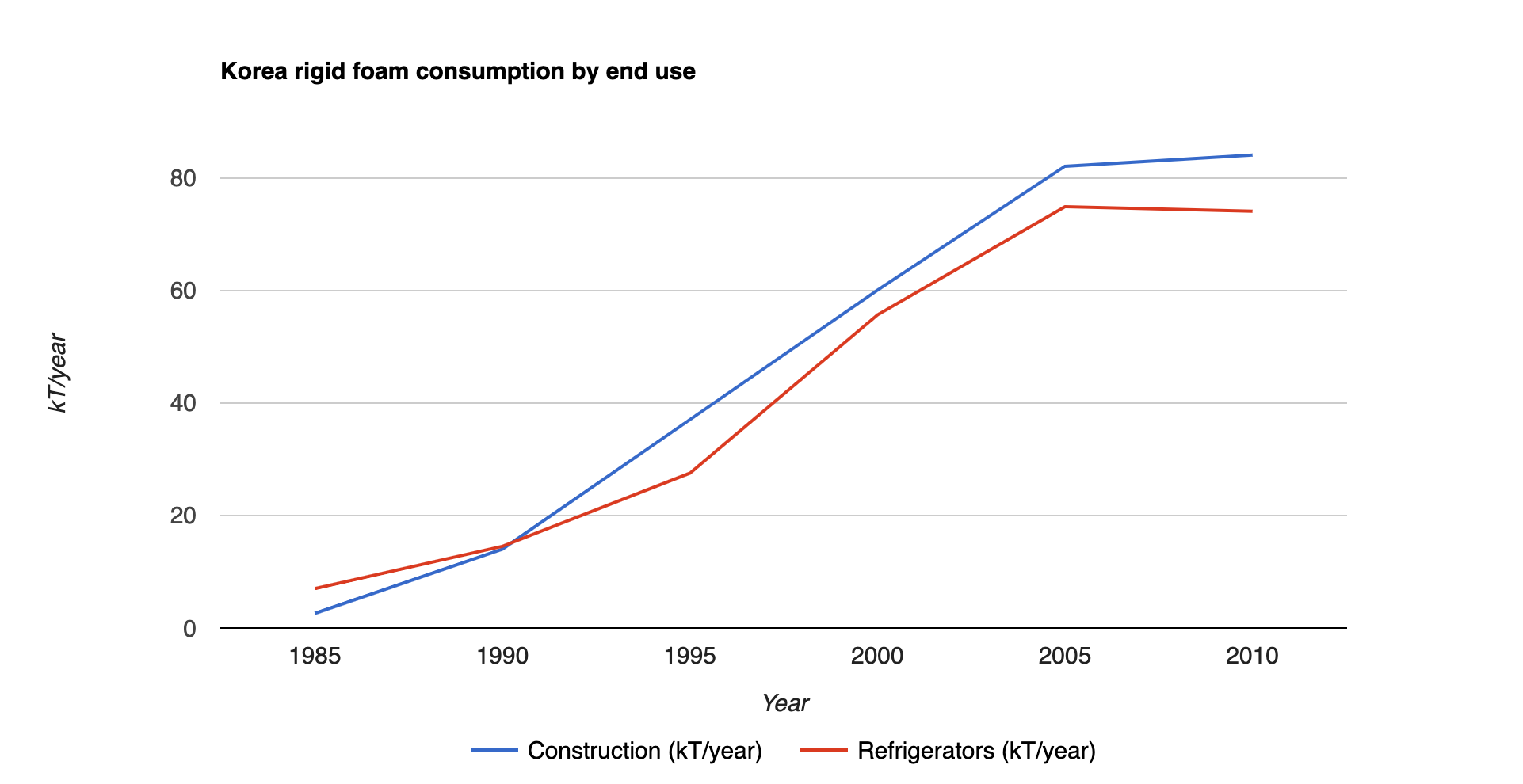 There was a considerable increase in the amount of rigid foam used in refrigerators from 7kT/year in 1985 to 74.8kT/year in 2005. This matched the increase in the number of refrigerators from around 1.86m produced in 1985 to about 7m in 2005. The market for refrigerators foam saw a decline to 74kT/year by 2010. A unique feature of the refrigerator market in Korea is the Kimchi refrigerator. This is a second, smaller refrigerator which is used to store Korean pickles in Korean kitchens.Korea has made great strides in the construction sector which grew strongly in the between 1985 and 2005 from 2.6kT/year to 82kT/year, according to PU World figures. The growth has continued at a much slower rate to 84kT/year between 2005 and 2010, the figures suggest.

Growth in PU use in Korea is slowing generally as the economy becomes more mature. It is possible that in some areas, such as refrigeration the growth is slowing as consumers start replacing existing fridges, rather than buying their first fridge. Growth in the automotive sector is likely to slow as Korean carmakers move production into other interesting regions such as the US. However this is an opportunity for Korean polyurethane manufactures which are already approved by the carmakers to follow them into new geographical areas

Urethanes Technology International/UTECH-polyurethane.com would like to thank Pyo Min and the staff of Korea’s Polyurethane World Magazine who provided transportation and translation services during our recent visit and to KPUS for extending the invitation to visit Korea in November 2014.