Tokyo — Japan produced more polyurethane in 2017 than since 2008, according to Japan's Ministry of International Trade and Industry (MITI). 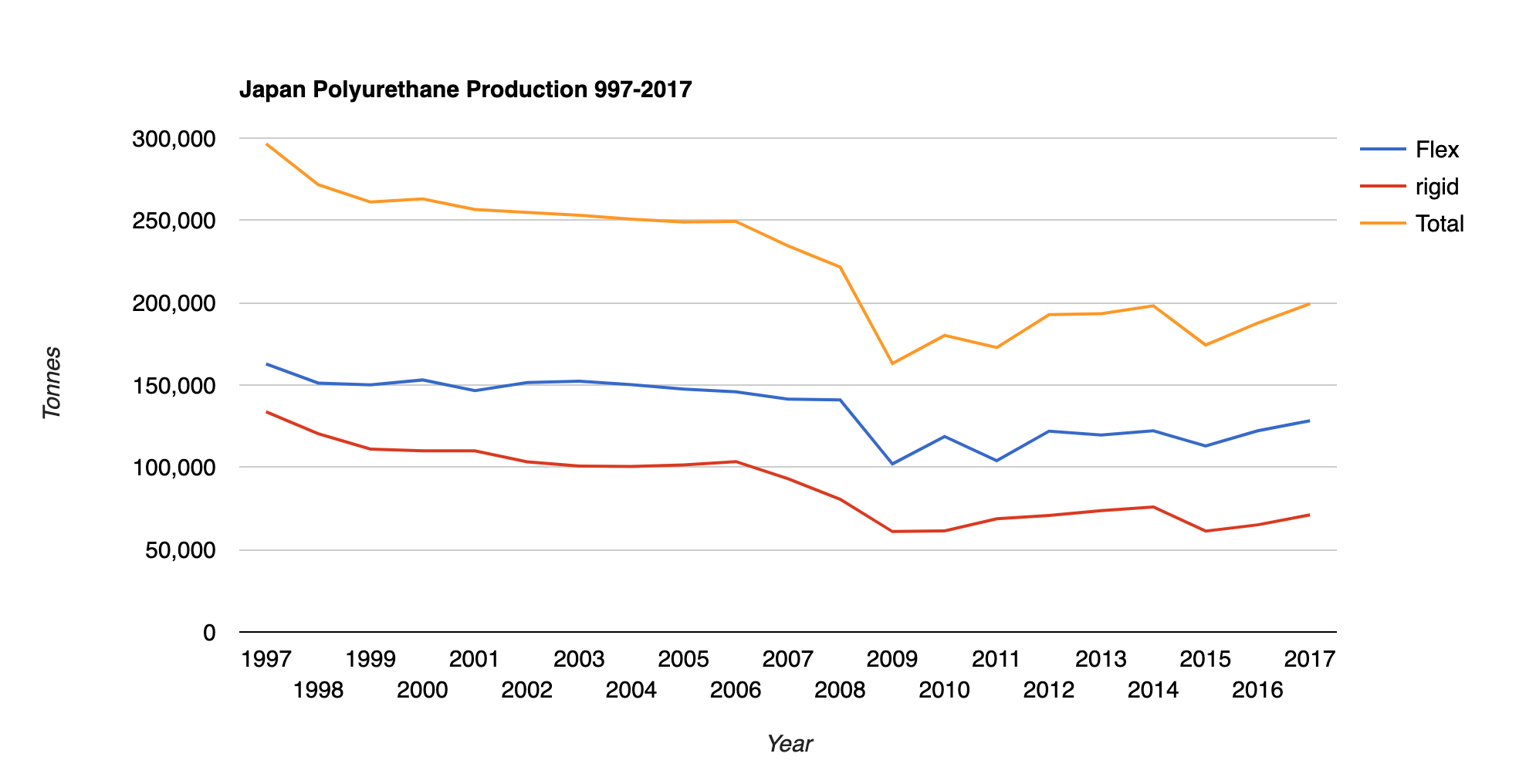 However the rate of growth over the past three months slowed. Production in October 2017 was  2kt ahead of the same month in October 2016.

There is a two-month lag between the reporting month and the availability of statistics from MITI.