London – Asia’s total market for thermal insulation products was over 270m m3 in 2015 – of which 13.3% was polyurethane (PU/PIR), according to research organisation IAL Consultants.

Emerging economies, the Philippines and Indonesia, are forecast to experience a CAGR nearly double the region’s overall figure, “albeit from a very low base,” the report found.

Researchers found commercial and domestic buildings represent the bulk of the demand for thermal insulation materials in Asia, with the use in industrial applications being much smaller as a whole.

However, IAL said that presented a “rather skewed perception” of the overall thermal insulation in the Asia-Pacific region owing to the supremacy of China, which the firm said represents 83% of the recorded demand. 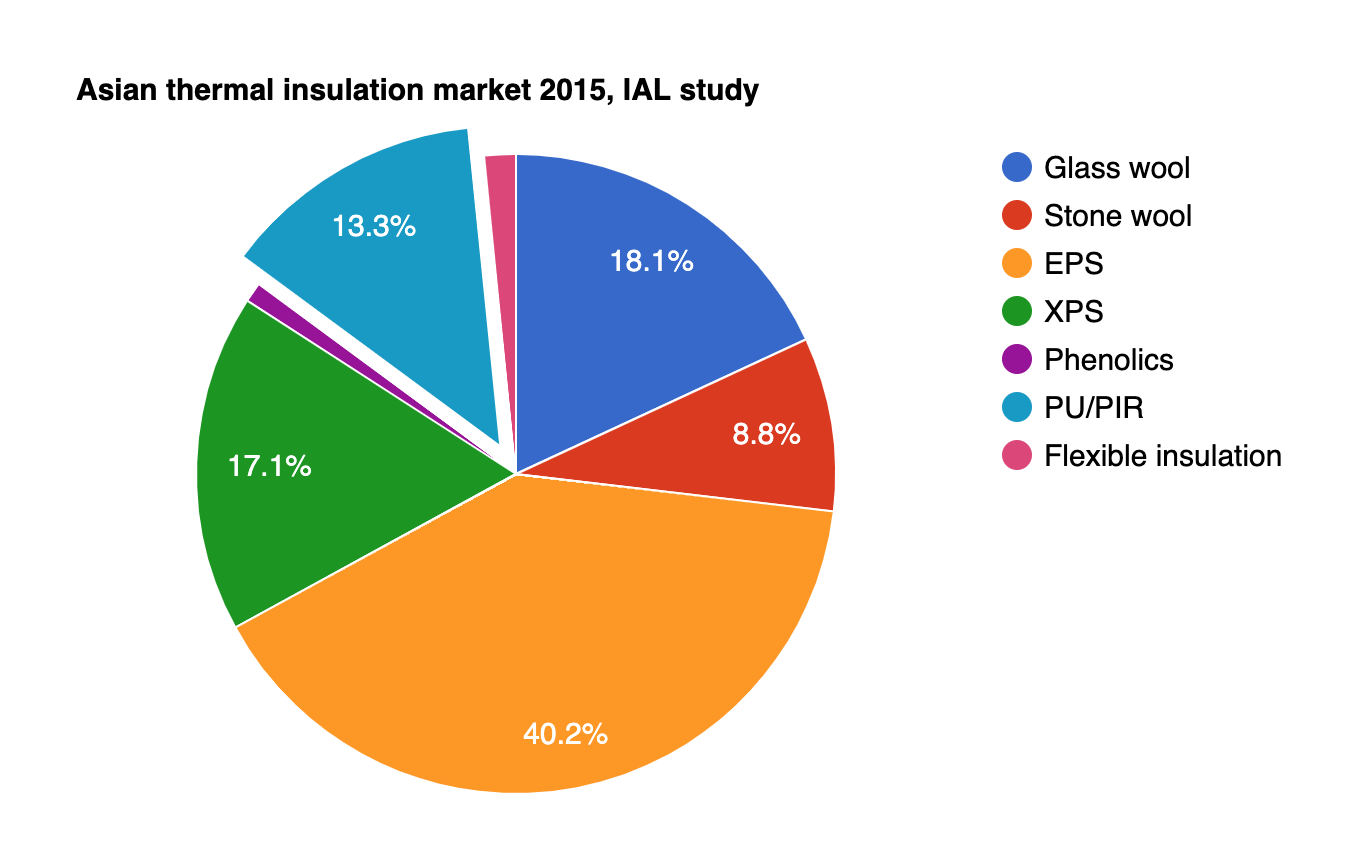 Two thirds of China’s thermal insulation product consumption is used in the building segment with 34% used in industry. India’s use is almost reversed, the researchers found, reporting a 71% usage in industrial applications.

“In the other countries, there is a generalised lack of legislation when it comes to thermal insulation and building standards, further explaining the low levels of consumption,” IAL said in a press release.

Other than for industrial applications, Asian countries with tropical climates are seeing an increased demand for thermal insulation materials in high-end, high-rise apartment blocks and commercial buildings such as modern hotels or offices, as well as in air-conditioning systems.