That growth follows a market contraction from 773 kT/year in 2013, IAL said. Brazil is by far the biggest polyurethane market followed at some distance by Argentina. In 2015 Brazil is estimated to have produced 483 kT/year and this is likely to grow to 509 kT/year by 2020. This is equivalent to a 1.1% annual growth rate, IAL said. 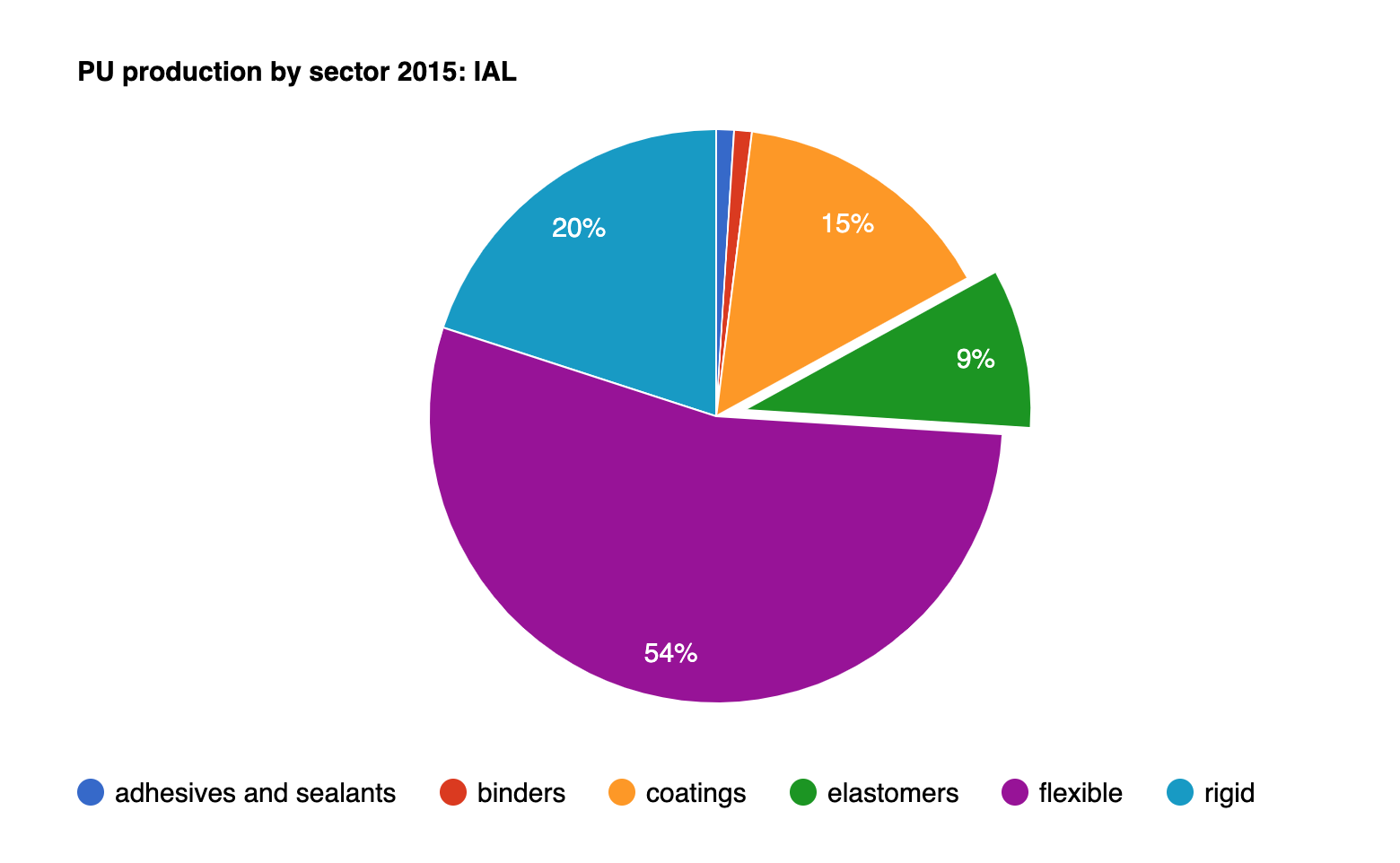 The eight-volume report contains both PU production and raw material consumption figures with 2015 as the base year with a market forecast provided to 2020, IAL said. The eight volumes include raw materials, flexible foam, rigid foam, coatings, adhesives and sealants, elastomers, binders and end-use markets.