Oxford, UK – Global sales of light vehicles fell by 6.9% in April 2019 compared with the equivalent month in 2018. There were substantial declines in China, a slowdown in North America and no growth in Western Europe. 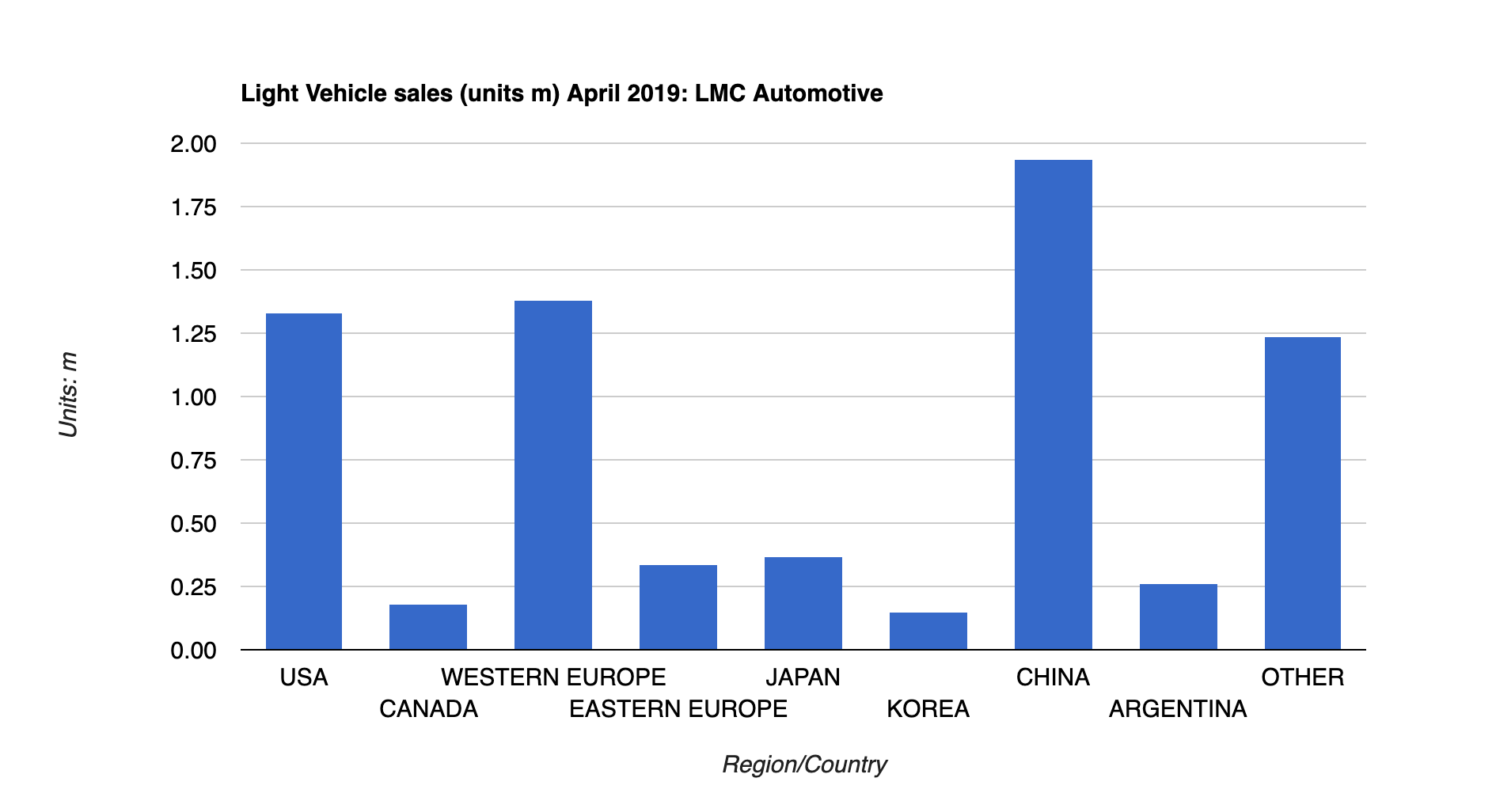 Although the Western European numbers were flat in April, this is better performance than previous months. Sales are down 2.2% on a year to date basis, but the market may now be more stable than recently was the case, said LMC Automotive. Brexit and US-China trade uncertainty are weighing on the market.

China looks set to sell 23.6m light vehicles this year, said LMC Automotive. This estimate is down 1.1m vehicles on the consultant's March estimate. Consumers are waiting to see if the Chinese government will introduce stimulus measures to boost the market. A new emission standard, due for 2020 implementation is also confusing the market situation, said LMC.