Tokyo — Figures from Japan's Ministry of International Trade and Industry (MITI) show the nation produced more polyurethane in 2016 across all types including rigid and flexible turning around most of the 12% drop in 2015.

The rate of rigid production increased slightly more slowly at 6% at 65 kT compared to 61 kT in 2015.

Data from MITI show that production was ahead in almost every month in 2016, with only October 2015 being very slightly ahead of the same month in 2016. 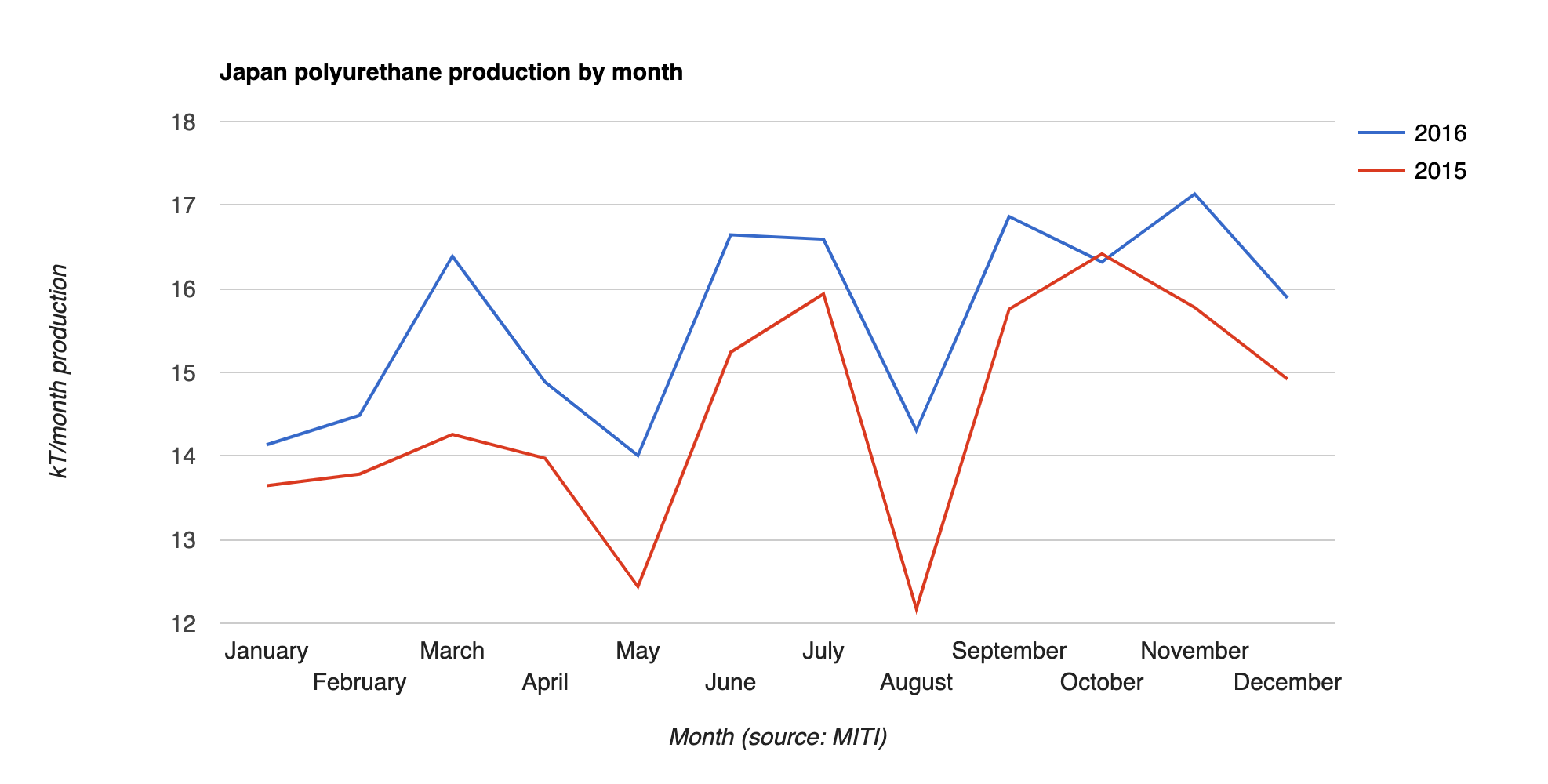 There is a two-month lag between the reporting month and the availability of statistics from MITI.