Tokyo — Japan’s polyurethane production increased more slowly in April 2016 than in the year to the end of March 2016 , according to figures from Japan’s Ministry of International Trade and Industry. 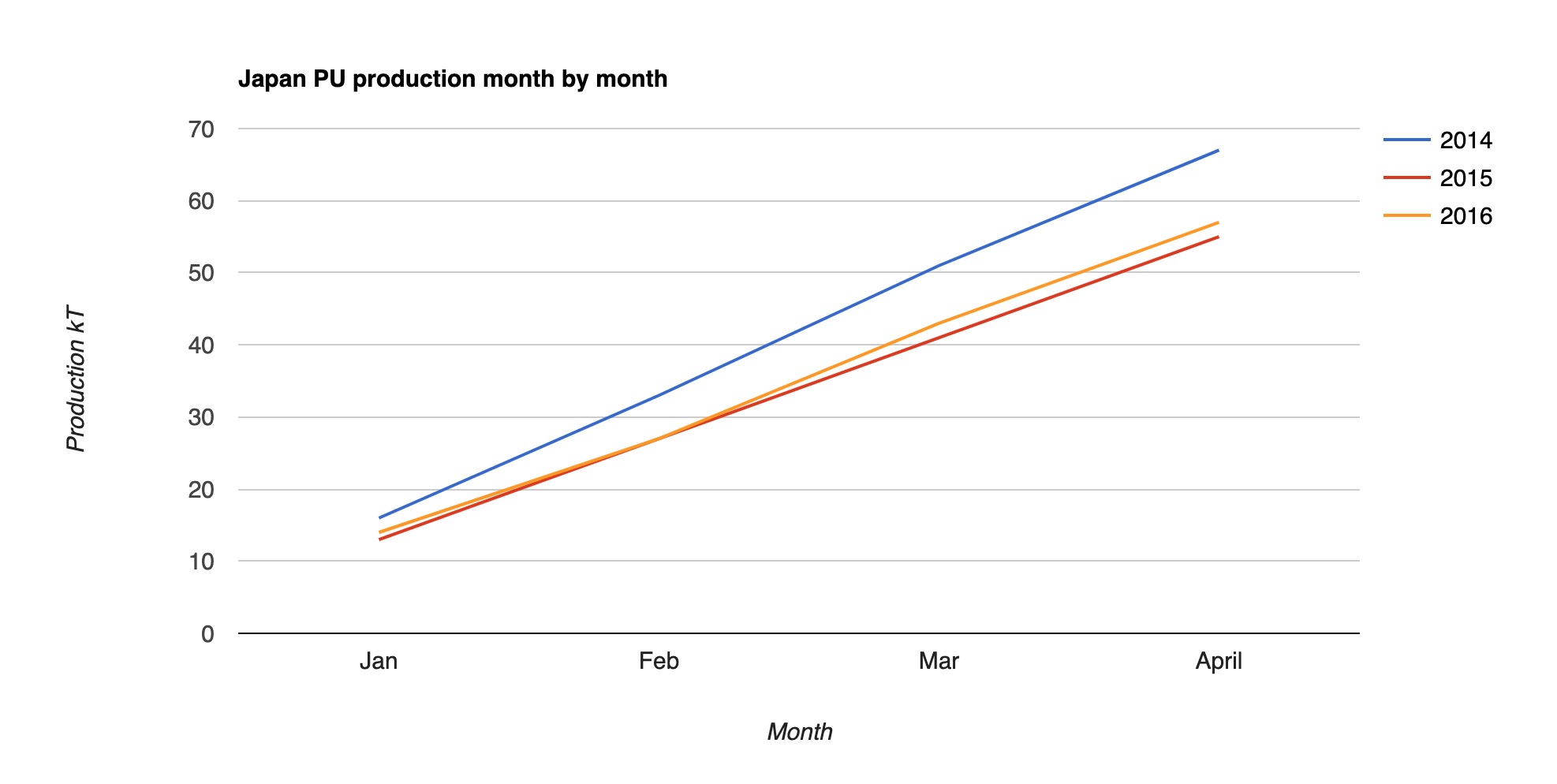