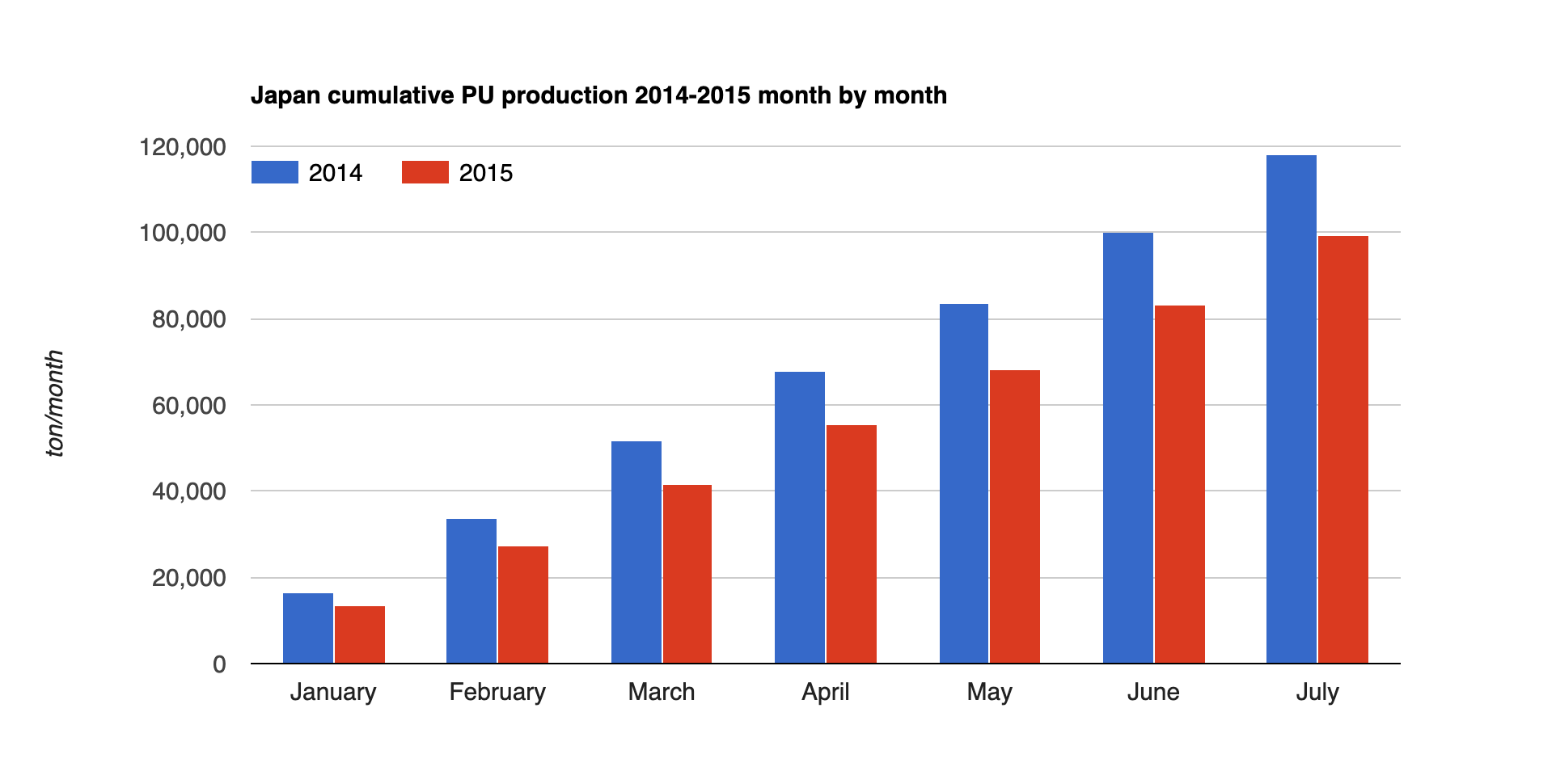 Tokyo -- Figures from Japan's Ministry of Trade and Industry , show that once again the country has produced less polyurethane month on month in 2015 compared with 2014.