Tokyo -- Figures from Japan's Ministry of Trade and Industry show the rate of decline in PU production in August 2015 slowed slightly compared to the year on year decline to July.

In August 2015, Japan produced 7507 tonne of flexible polyurethane compared with 8070 tonne in the equivalent month in 2014, a decline of 7%. There was a more marked decline in production of rigid polyurethane with a 10 % drop. 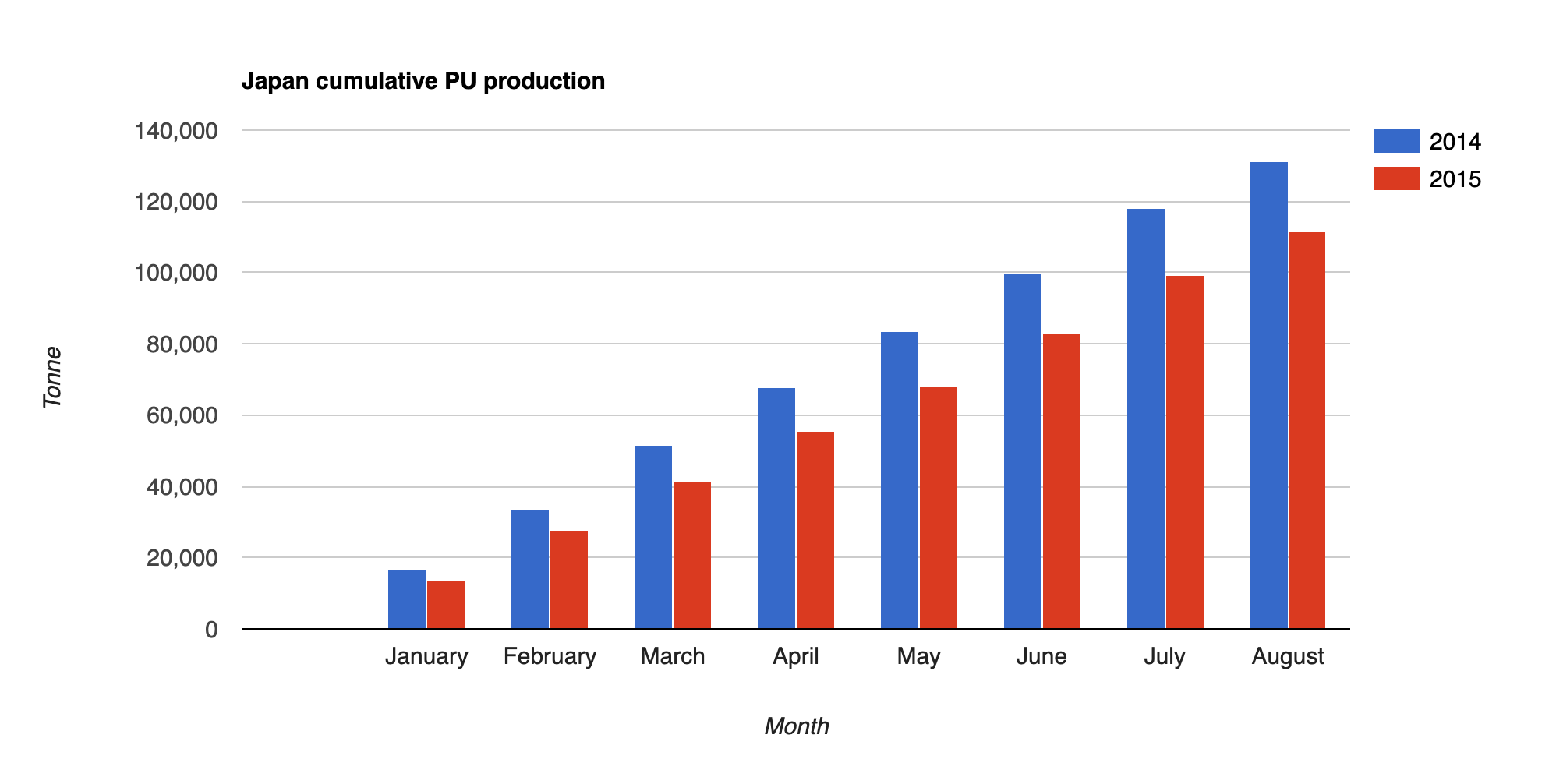