Tokyo — Japan produced more polyurethane in 2018, the third consecutive year in which there has been an increase, according to Japan's Ministry of International Trade and Industry (MITI). However, the rate of annual growth is slowing. 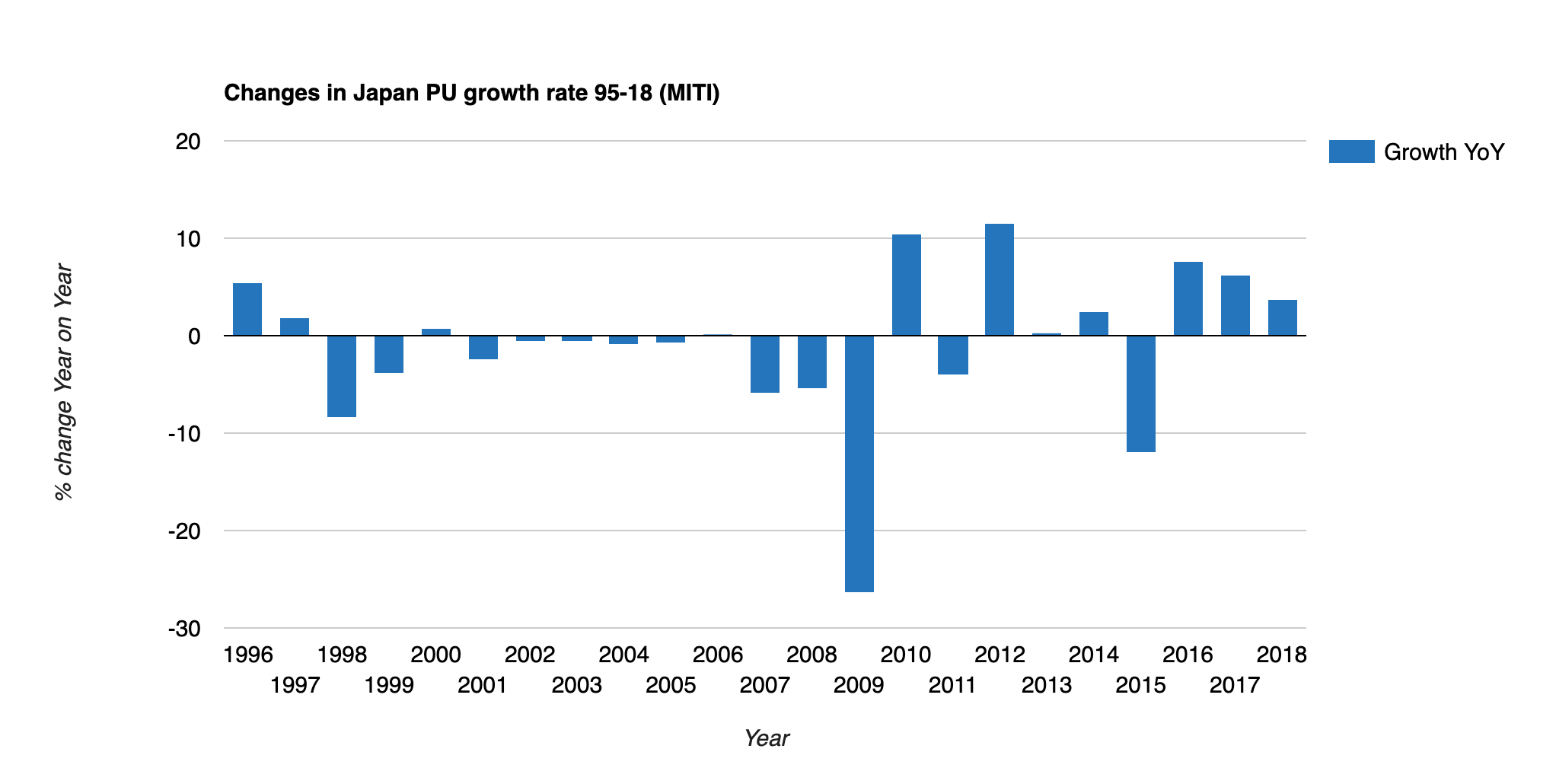 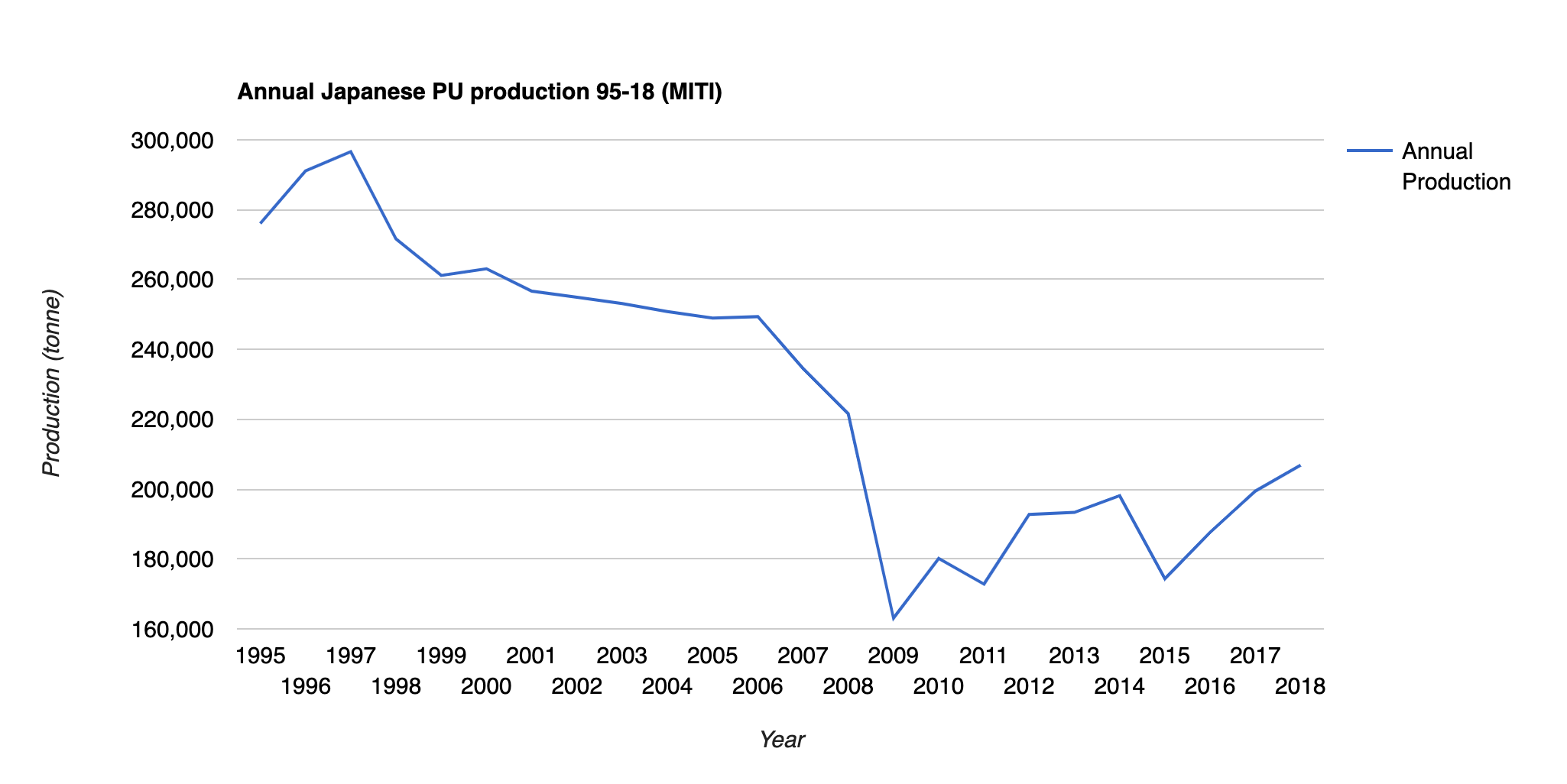 There is a two month lag between the reporting month and the availability of statistics from MITI.