Tokyo — PU production figures show Japan’s polyurethane foam industry produced 18.4% less flexible and rigid foam in May 2015 compared with May 2014, according to Japan’s Ministry of Trade and Industry (MITI).

The monthly PU foam production figures, supplied by the Japan Urethane Industry Association show that production levels were down on April which itself was down by 14.6% on the same month in 2014.

Overall in the first five months of the year Japan has produced 68.1kT of foam compared with 83.4 kT in the same period in 2014. 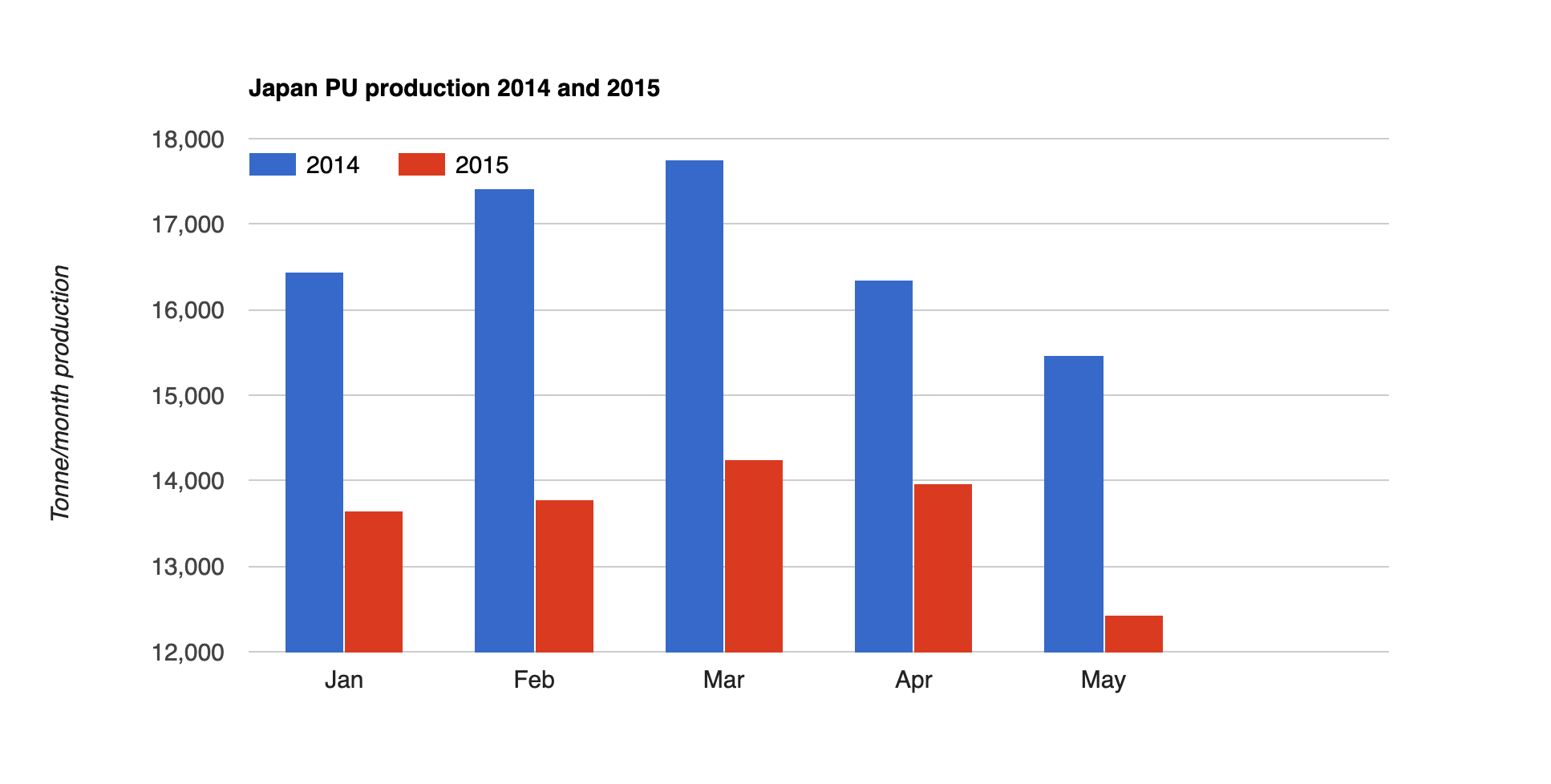