Tokyo -- Figures from Japan's Ministry of Trade and Industry show that polyurethane production in the country continues to fall. By 30 September 2015 the country is had produced as much polyurethane as it had by 19 July 2014.

Just as in 2014, when production in September rebounded from 9.8 kT in August to 13.2kT, the numbers followed the same pattern in 2015 with September production up to 14.8kT compared with 11.4kT in August. 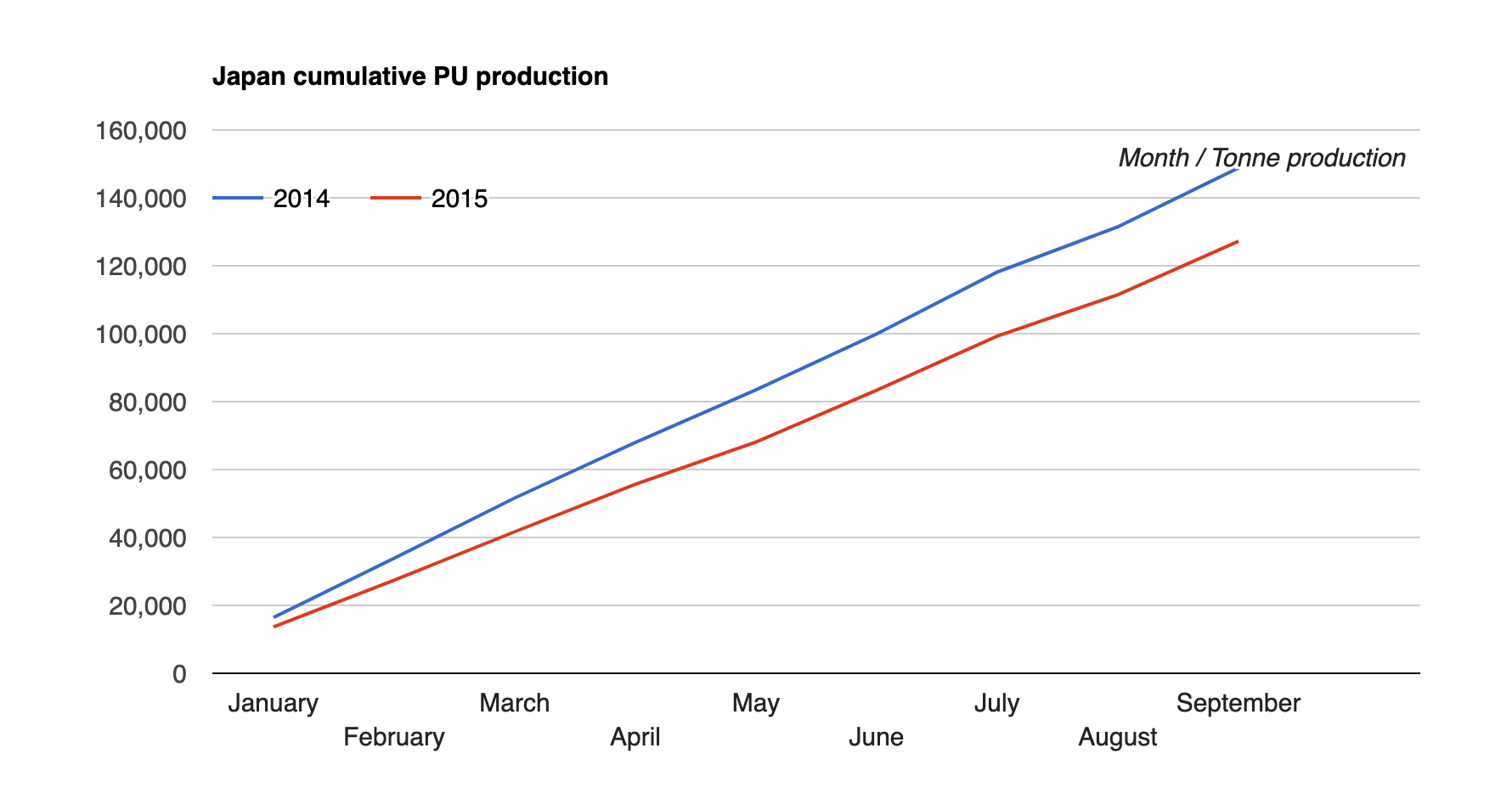 Coronavirus forces Ingevity to into cost and staff cuts