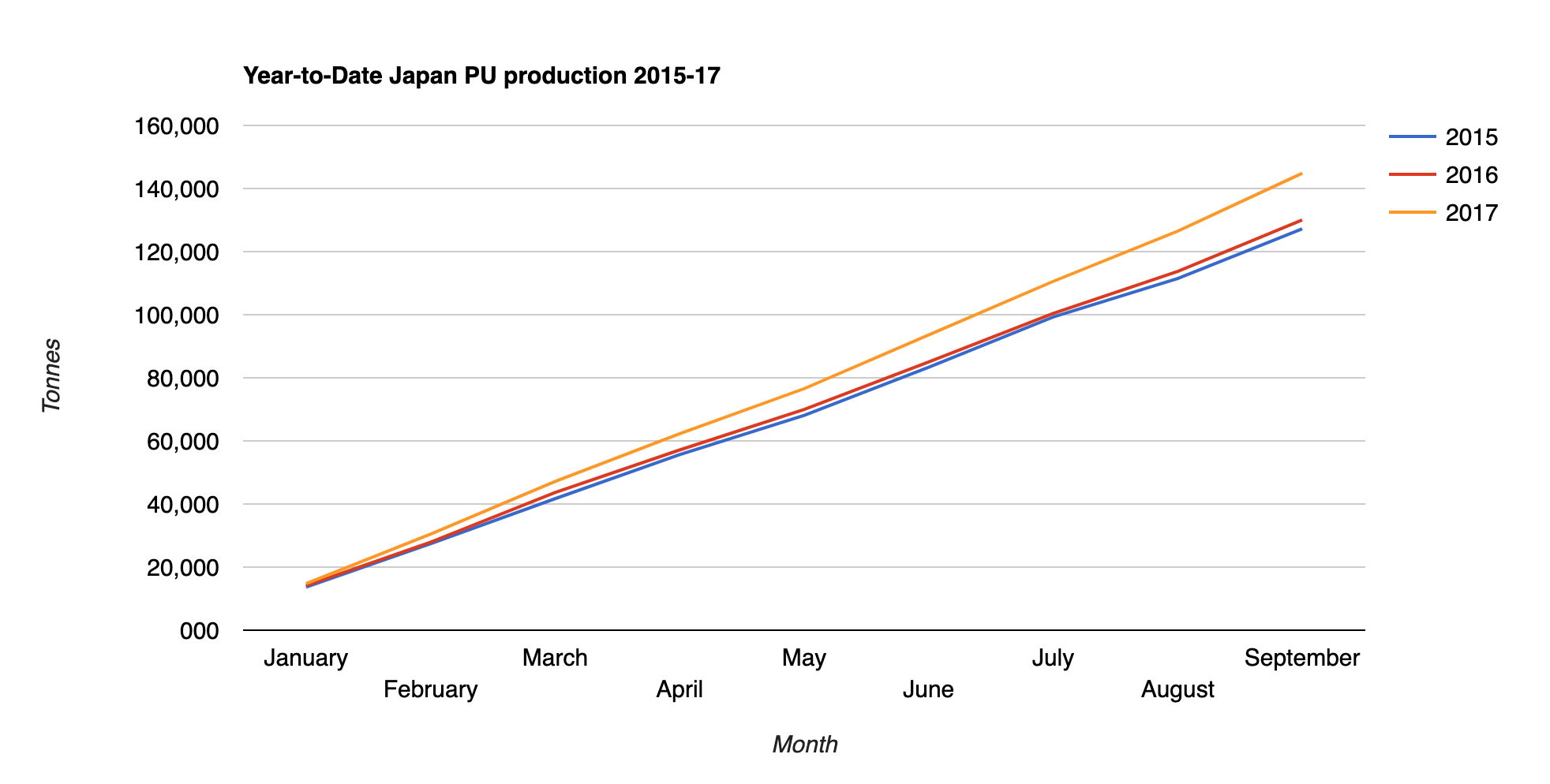 Tokyo — Year-to-date polyurethane production in Japan in the year to September 2017 was 145kT, up 11.4% on the 2016 period, according to figures from Japan’s Ministry of International Trade and Industry.

There is a two-month gap between the end of the reporting period and the information being published by MITI.