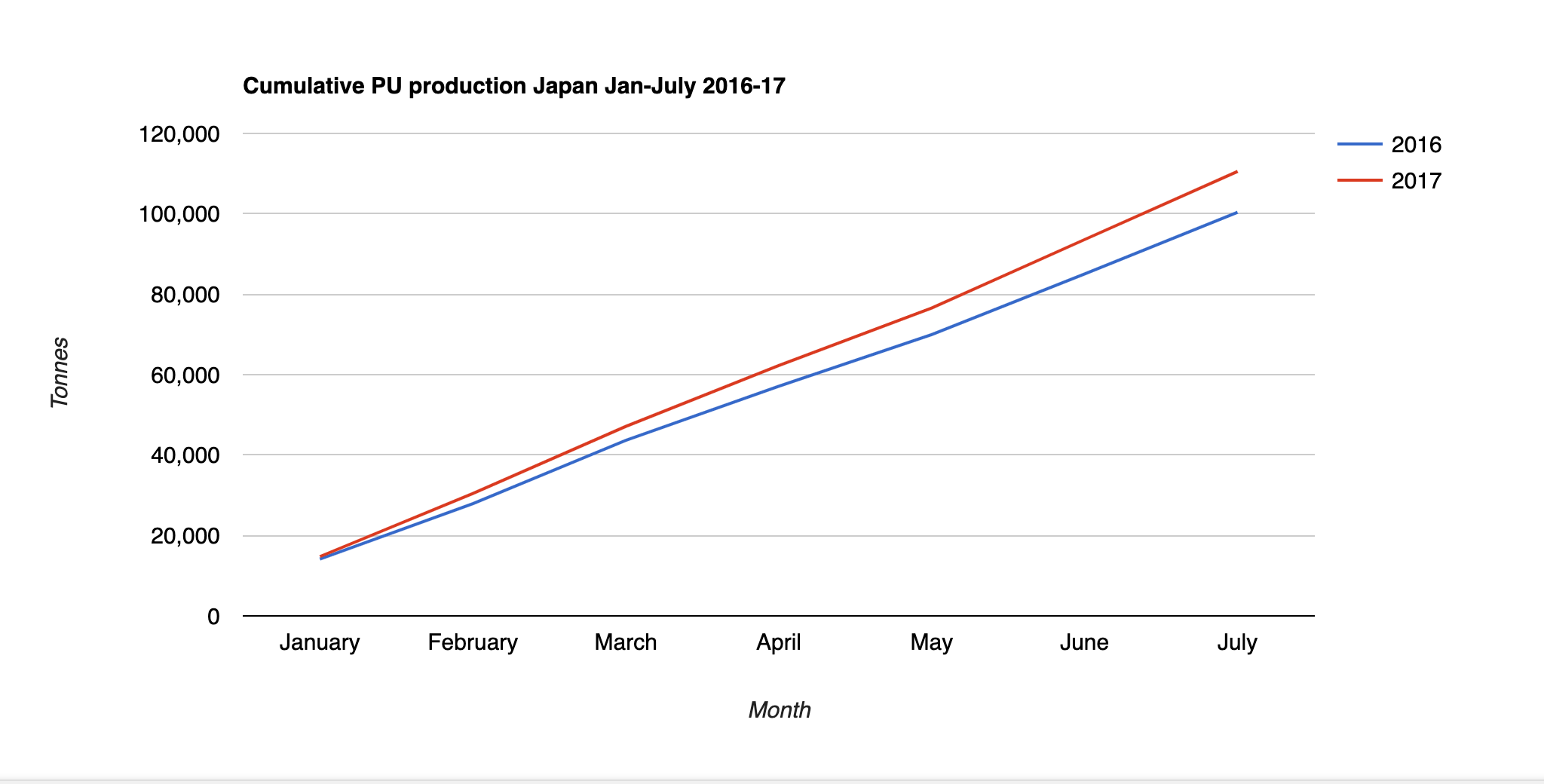 Tokyo — Cumulative polyurethane production in Japan in the year to July 2017 was 110.6 kT up 10% on the  2016 period, according to figures from Japan’s Ministry of International Trade and Industry.