Tokyo — Polyurethane production in Japan fell 8.7% in September 2018, over twice as fast as in August which marked the end of a period of sustained growth. This is according to figures from Japan’s Ministry of International Trade and Industry. 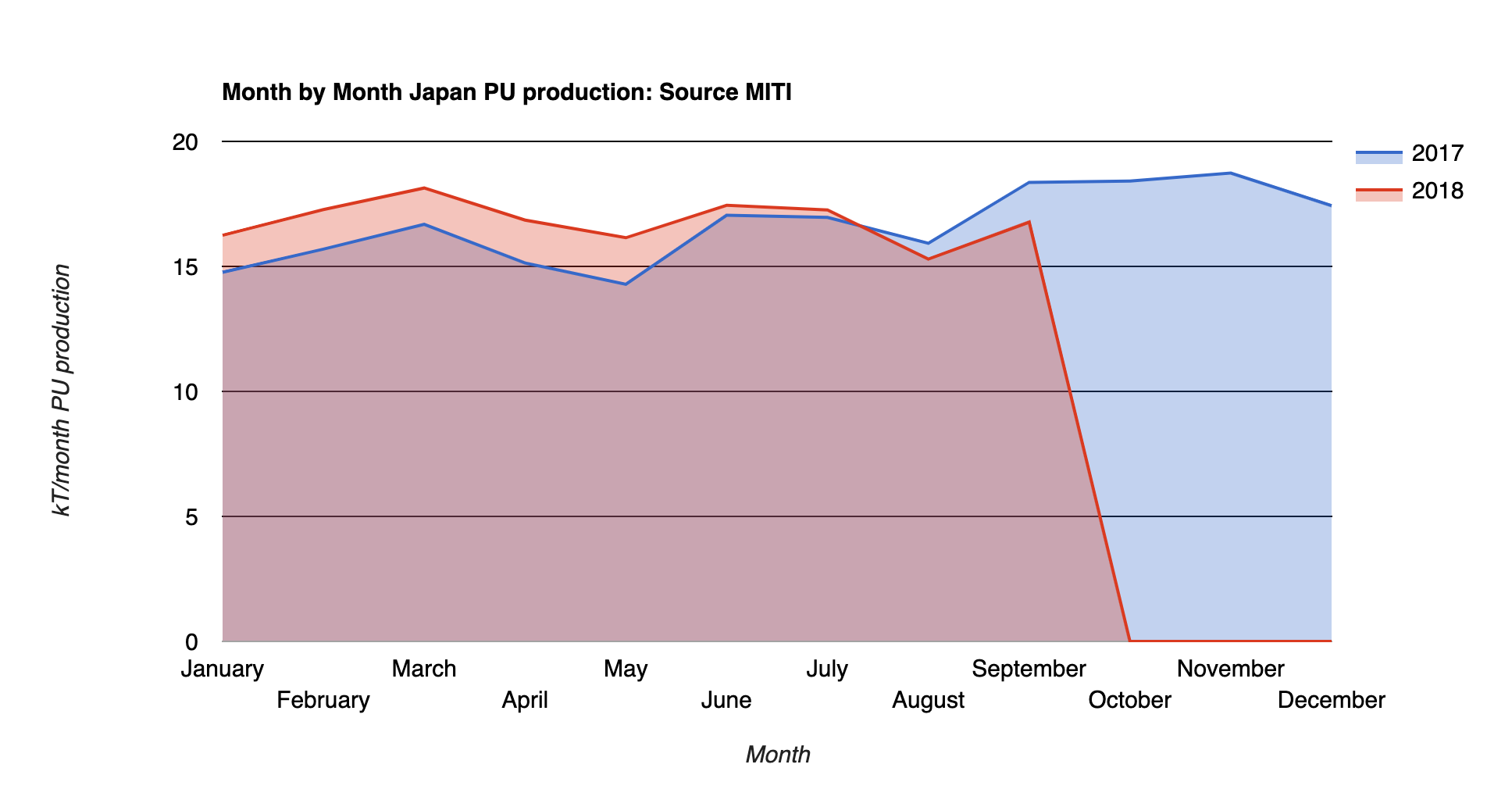 Overall, Japan produced 152 kT polyurethane between January and September 2018, compared with 145 kT in the same period in 2017. This is an increase of 5.8%. The country was comfortably producing more polyurethane in the first six months of the year. However,  production started to slow over the summer. It went fell below 2017 for the first time in August 2018, when the country produced 4% less than in August the previous year.