London – The European polyurethane industry is likely to grow by 2.9%/year over the next five years to 7.74 MT/year consumption, according to IAL Consultants.

The information is included in its updated report Polyurethane Chemicals And Products In Europe, Middle East & Africa (EMEA), 2018. The report adds that Western Europe is still the region's largest producing area, and exceeded 3.6 MT/year in 2017. Germany produced 965 kT polyurethane products alone in 2017. 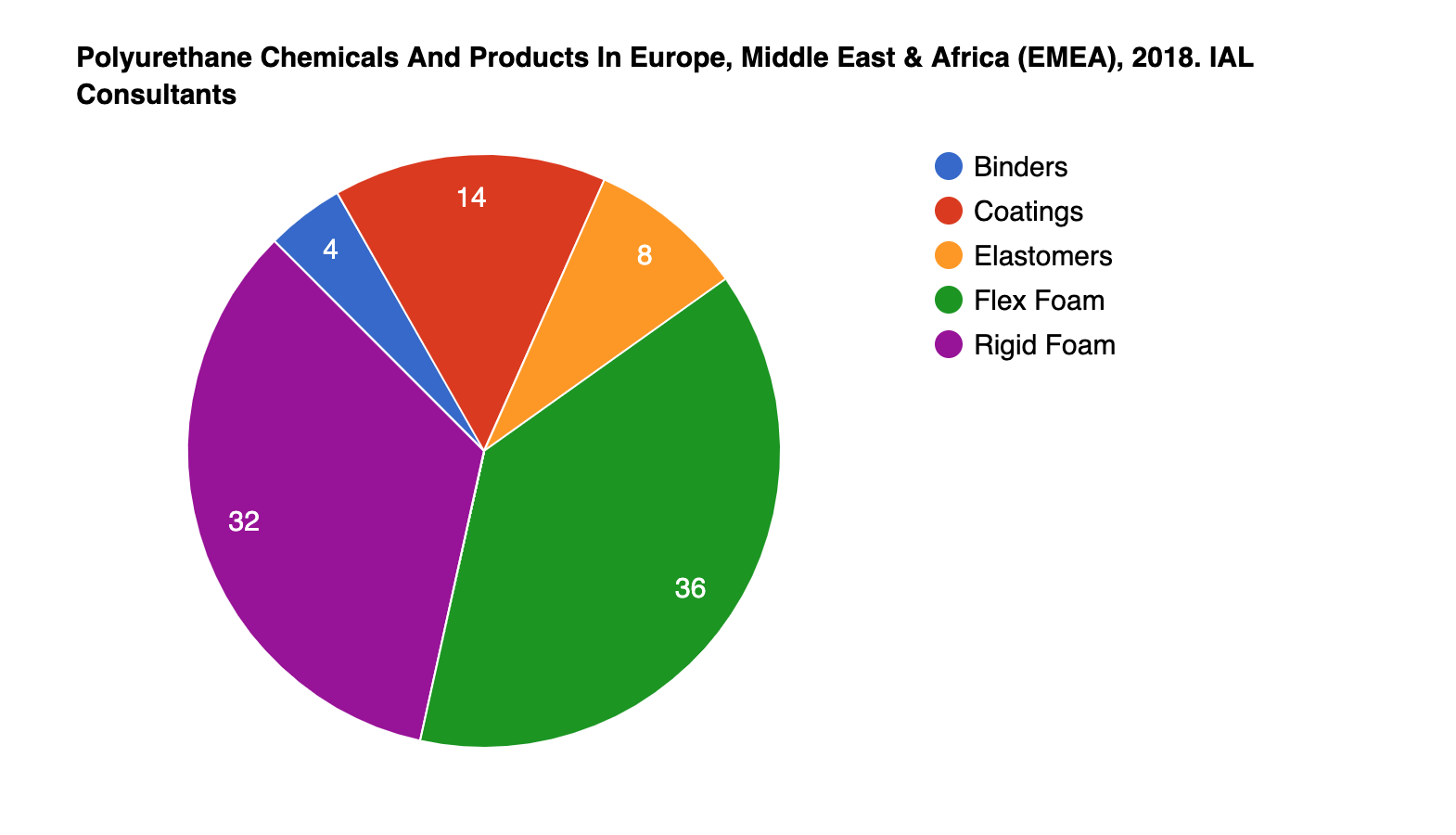 Growth will be faster in Eastern Europe, where Turkey and Poland are forcing the pace. In total production in Eastern Europe is likely to be around 2.1 MT in 2022; an annual increase of 3.6%.

There will also be annual growth of around 3.6% in the Middle East and Africa during that time, but, the consultants said that this is from a 'much smaller base'.

The centre of gravity for of production has moved. 'There has been a definite shift of production towards the east, in particular to Poland and Romania. These two countries have experienced tremendous growth in polyether slabstock output in the past decade,' according to the report. Consequently, growth in western Europe has slowed and producers there are moving towards more demanding, higher end foams.

High prices for TDI have limited growth in lower-added value sectors such as furniture; in contrast, moulded foam and NVH foam in the automotive sector have outperformed furniture production.

The consultants added that the high price of diisocyanates has 'somewhat slowed down' demand growth for MDI in the region. This is because outlets for MDI are found in the construction sector, and companies there have started looking to alternative technologies. However, the higher flammability requirements for construction foams are driving a move towards PIR panels, especially as B2 and higher flammability requirements are increasingly being specified.

Meanwhile, in the very diverse CASE sector, coatings lead the pack with 14% of of total polyurethane production in the EMEA region.