New York – Polyurethane will play a much more important role in the new-look Huntsman following the proposed spin-off of its pigments and titanium dioxide business, the firm told a UBS global chemicals conference yesterday.

Huntsman confirmed that titanium dioxide, additives, textile dyes and chemicals businesses all expected to be included in SpinCo, the company to be separated.

According to the presentation, the remaining Huntsman would have pro forma revenues of $7 bn and adjusted ebitda of between $1 and $1.2 bn; between 46 % and 51% of ebitda is expected to be generated by the polyurethanes business.

Across the board, Huntsman expects to generate 38% of his business in the US and Canada, 24% in Europe, 23% in the Asia-Pacific, and 15% in the rest of the world. Approximately 37% of revenue is likely to be generated by the polyurethane’s business. 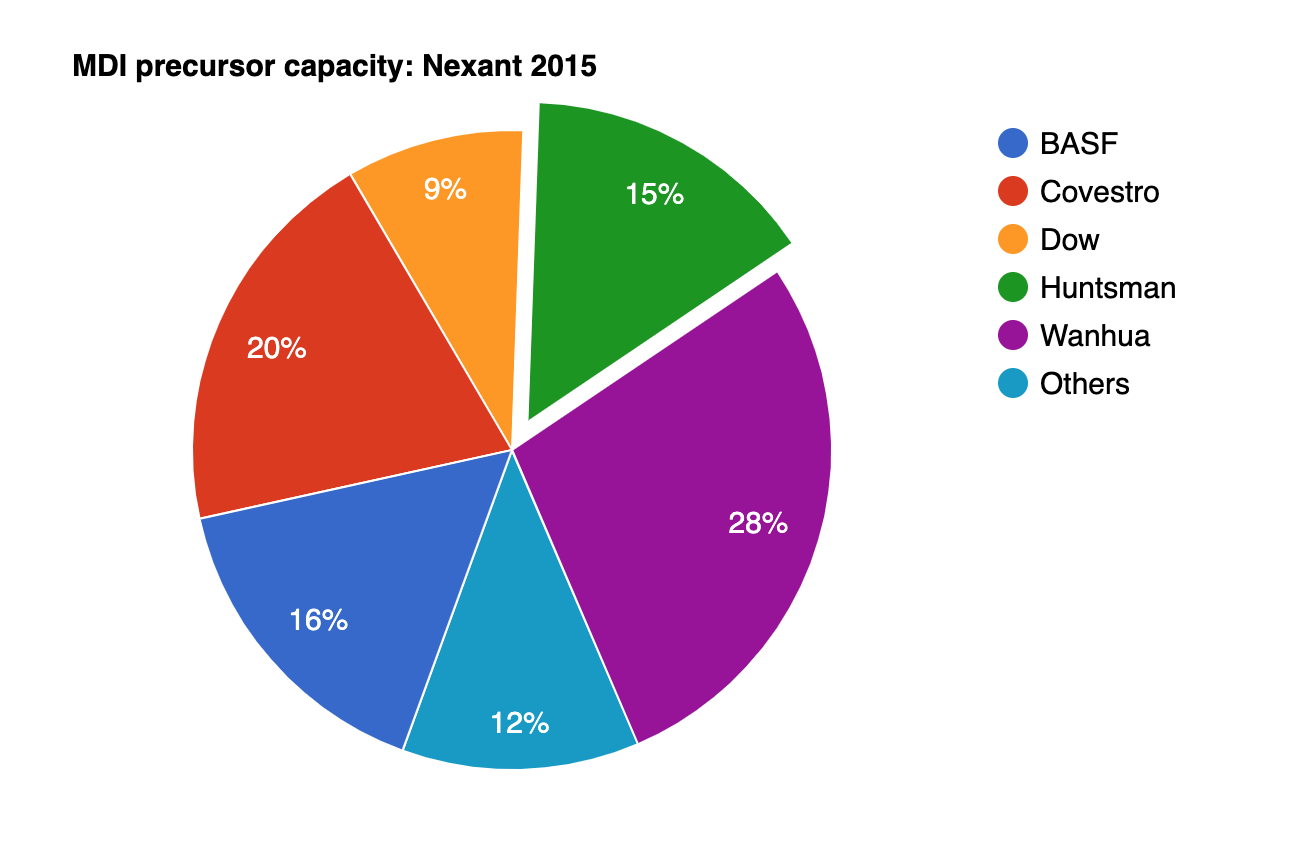 The company went into greater detail about as polyurethanes business suggesting that 33% of revenue could come from the US and Canada, 25% from Europe, 23% from the Asia-Pacific region and 19% from the rest of the world. Revenue is likely to be around $3.8 bn with an adjusted ebitda of approximately $611 m, the presentation said.

Quoting figures from chemicals consultancy nexant in 2015, Huntsman suggests it has 15% of world precursor MDI capacity, Dow has 9%, BASF 16%, Covestro 20%, Wanhua 28% with other producers accounting for around 12%.

Huntsman said it expected to complete the spin-off in the next 6 to 9 months, and is currently reviewing: businesses to be included; management; capital structure; separation costs; tax position; the size of Huntsman's retained stake and other strategic options.