London — PU and PIR materials accounted for about 10% of the total market for thermal insulation products in Europe in 2016, according to IAL Consultants. In volume terms, PIR and PU both accounted for 5%. 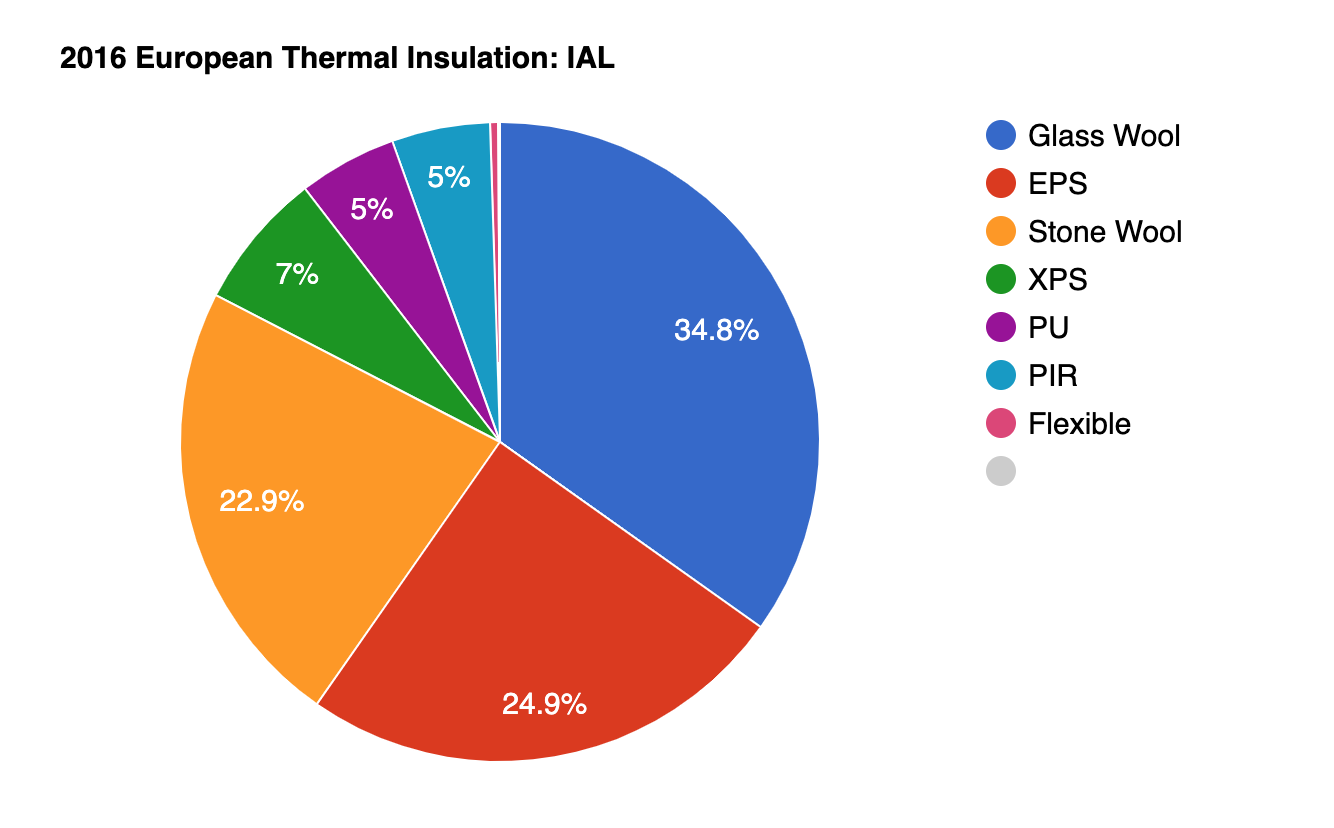 Western Europe, with 58% of this market, took the largest slice of the pie, but its compound annual growth rate of 2% to 2021 is around half that of eastern Europe. That region accounted for 26% of the market in 2016, and was growing at around 4.2% CAGR. Increasing residential construction in the Turkish market drove most of this growth

In central Europe, which had around 16% of the market in 2016, Hungary and Romania grew strongly. During the study period, both economies invested in housing and infrastructure.

With 58% of the market between them, glass wool and stone wool are well established. Manufacturers of these materials are promoting their fire protection characteristics. They are also lobbying against other plastic foam insulation products, including expanded polystyrene.

However, tougher insulation requirements are increasing the thickness of glass wool, mineral wool and EPS needed to construct compliant buildings. Polyurethanes offer a competitive advantage, IAL said, because of their greater insulation properties. Less of these materials is needed to meet regulations.

The European Market for Thermal Insulation Products is available from IAL, priced at €1000 for single country volumes or €8000 for the continent.