London – British Plastics Federation members have come out strongly in favour of remaining in the EU, or Brexit with a trade deal.

BPF is by the national trade body to which the flexible polyurethane foam community in the UK ultimately belongs. It surveyed 163 companies between February and March 2019. 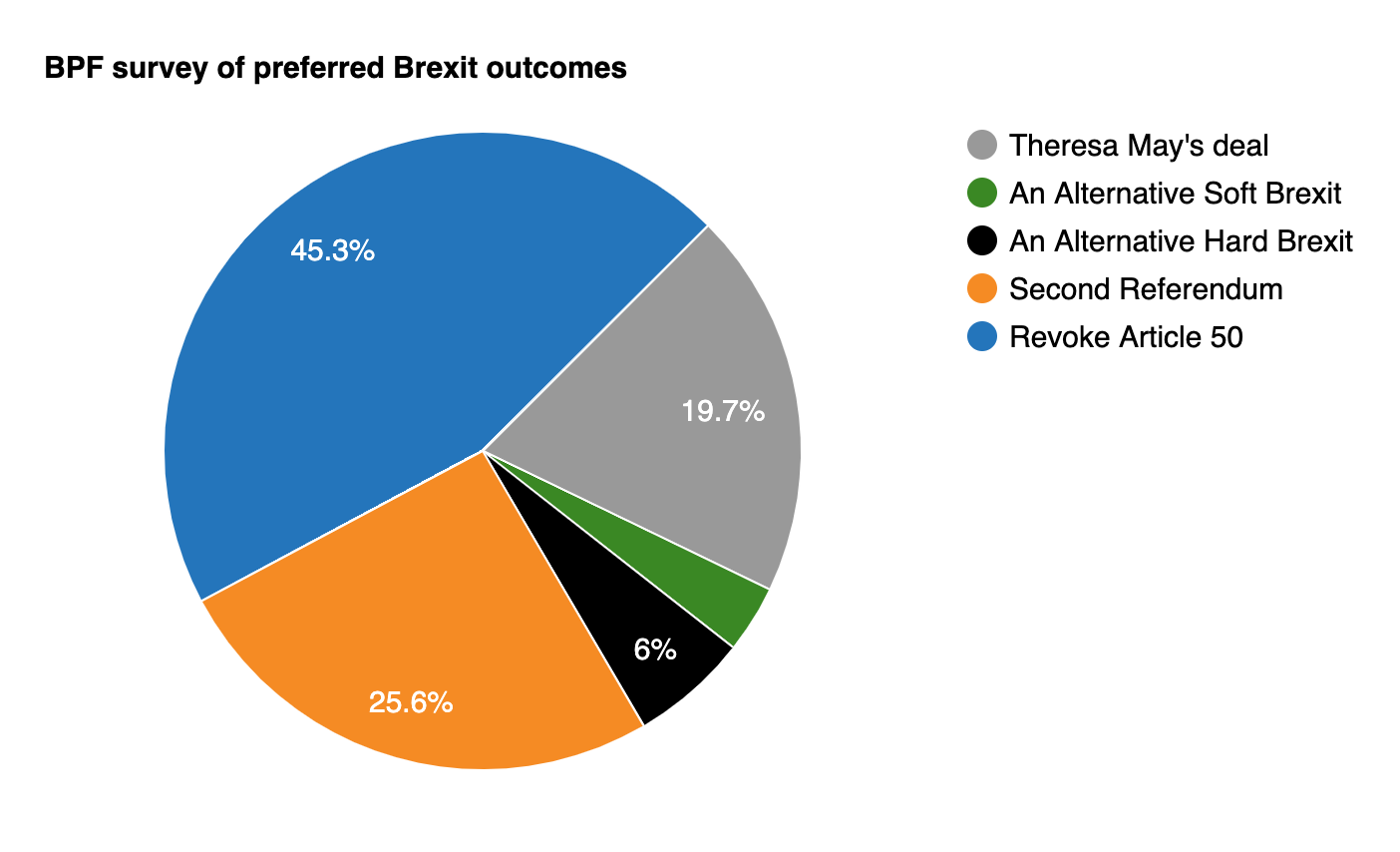 In a series of yes/no questions, the survey showed 65% of respondents would like the UK to revoke Article 50 of the Lisbon Treaty to avoid a no-deal Brexit.

It also showed that 64%  favour a permanent customs union; 55% favour the UK rejoining the European Free Trade Area and staying within the European Economic Area. Almost exactly the same number would prefer to stay in a Common Market 2.0 arrangement after Brexit.

They were also asked about their preferred outcome of Brexit; 10% opted for a no-deal Brexit, and 41% for the Prime Minister to revoke Article 50 of the Lisbon Treaty. In addition, 17% opted for the negotiated deal.

The BPF published the survey on 29 March 2019, the date that the UK was scheduled to leave the EU. However, because of the political impasse in the UK, the EU has extended the deadline.

The extension follows two attempts to persuade parliament to accept the deal negotiated between the UK and the European Union. These attempts failed by very large majorities in the House of Commons.

Under UK law, the House of Commons can set its own agenda if it wishes. It normally does not do that because the government has a majority and imposes its agenda on parliament. That situation has reversed with Brexit. Loyalty to individual political parties has, to some extent, broken down.

The House of Commons, the UK's powerful, directly elected chamber, decided to hold a series of indicative votes on the kind of Brexit that it would like on March 27. If the government loses a vote tonight (29 March), a  second round is scheduled for Monday 1 April. Parliament could then instruct the Prime Minister to go back to the EU and try again with a deal that it finds acceptable.

This is the first time in the Brexit process that legislators outside of the minority government have had any input into the process.

BPF members came out 60:40 in favour of another referendum to confirm that the nation will accept the Brexit deal. So far, the prime minister has rejected this.