London — The polyurethane machinery sector in 2016 was slightly less optimistic than it was in 2015, according to data filed by respondents in the latest Utech-polyurethane.com/Urethanes Technology International survey.

Examining companies’ plans the forthcoming year (see chart) we can see that respondents feel there is considerably more scope to upgrade existing facilities, the proportion of respondents suggesting they are going to do this increased by about tenfold from 2015. However, the number of companies that were planning to expand production fell both against 2015 and the average of 2012 to 2015. 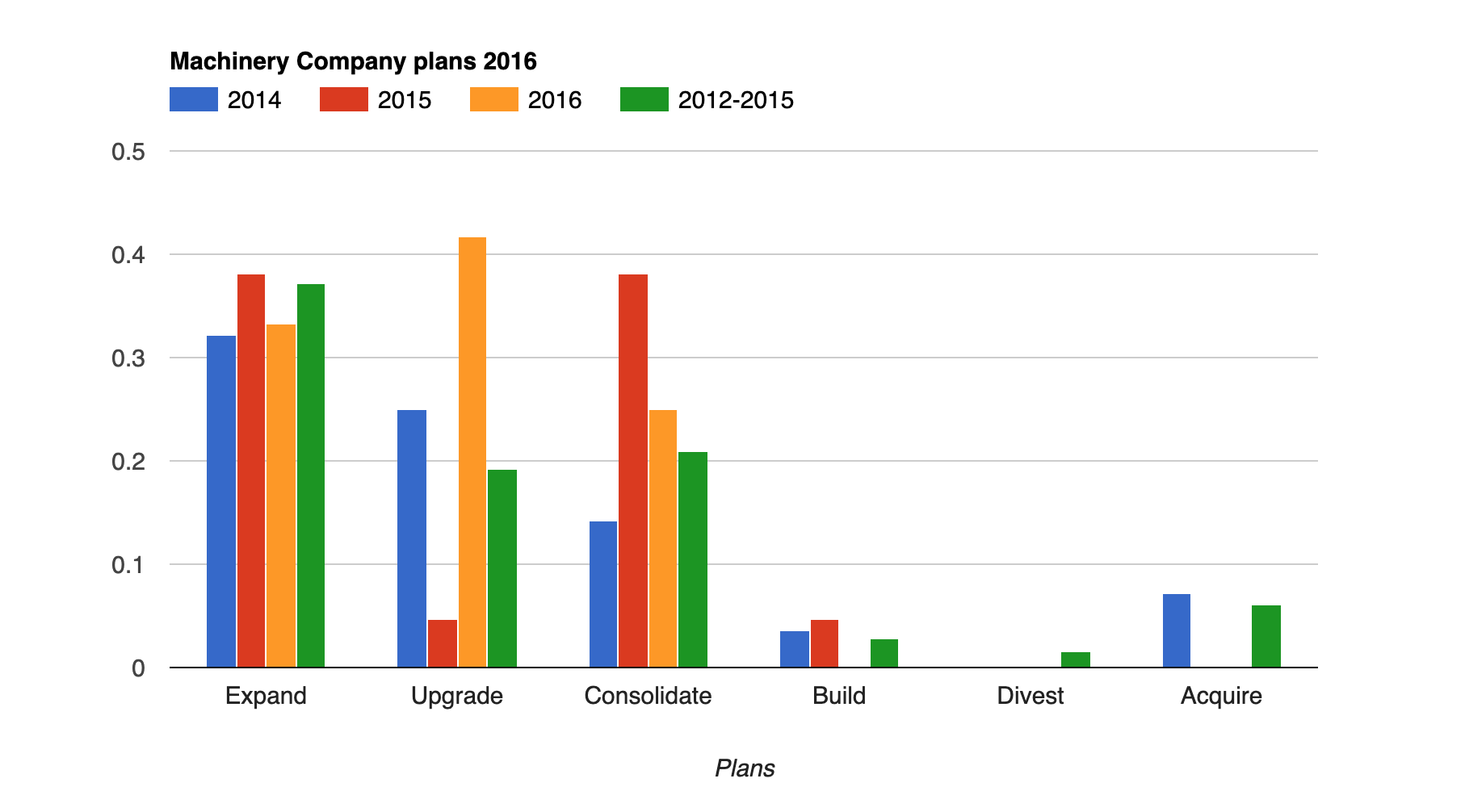 The number of companies trying to consolidate their production was slightly higher than the 2012-15 average it was significantly lower than the figure in 2015. 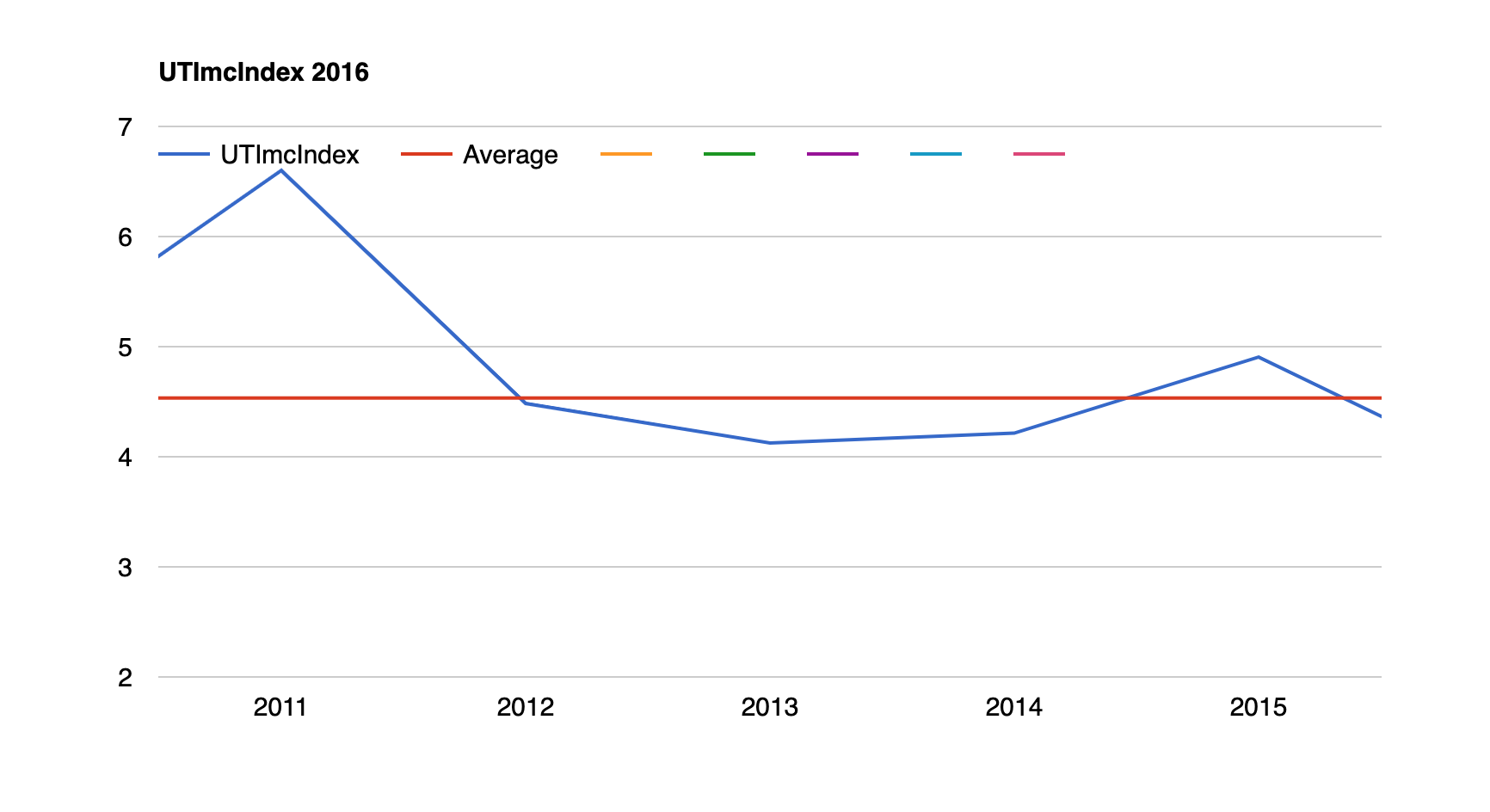 This combination of factors led to a substantial fall in the UTI machinery index confidence factor which was approximately 3.84 2016 compared to 4.94 the previous year.

2016 looks like being the third year since 2012 that the industry has been less confident than the average of 4.53 since 2009. The machinery feature will appear in the April/May issue of Urethanes Technology International. The full-length feature will be on line. In the next few days.