US poised to pull away from China in spray foam application market: IAL

London — The slowing Chinese economy and construction sector since 2013 made the spray polyurethane foam (SPF) market shrink by 8% in 2015, according to IAL consultants.

The consultancy doesn't expect the Chinese market to show positive growth until 2018.

In the US SPF production grew strongly between 2013 and 2015 with some producers reporting double-digit annual growth rates, the consultancy said. There has been "tremendous growth in open cell foam usage, particularly in the residential market," IAL said.

IAL said this has been driven by "falling raw material prices allowing manufacturers to reduce price levels down to that of fibreglass."

This information is found in IAL's updated Global Overview of the Spray Polyurethane Foam (SPF) & One Component Foam (OCS) Markets.

This report contains data on production of both spray foam in tonnes and one component foams in tonnes and number of cans equivalent. 2015 is the base year and the report includes forecast production until 2020.

IAL said that data is split by major geographic region and country and, in addition, estimated demand for both product groups in 2015 is provided for each region. The spray foam market is also segmented by type of application.

Global spray polyurethane foam production reached almost 600 kT/year in 2015 with China and the US dominating the market with over 60% of worldwide production, IAL said. 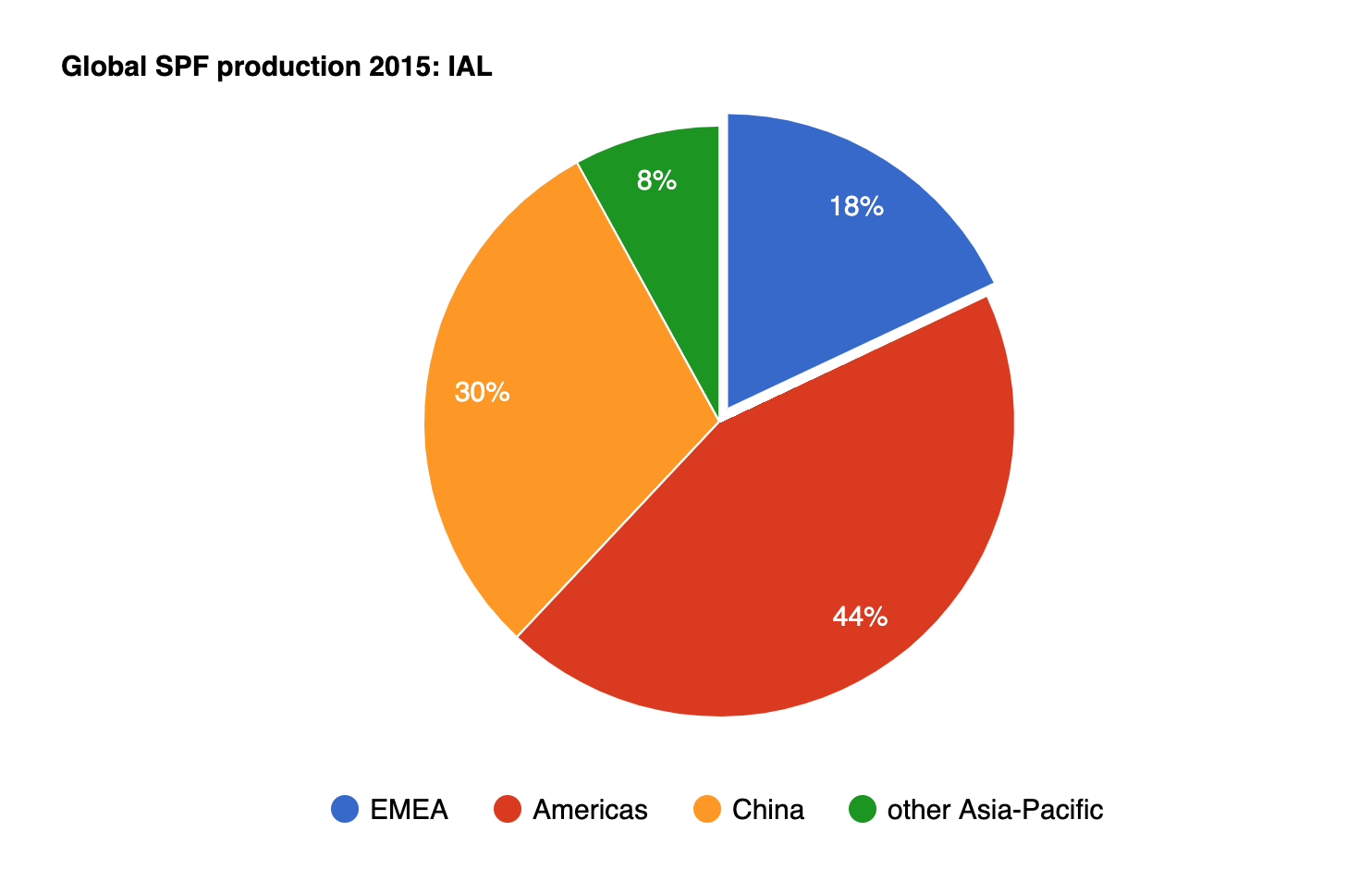 Each country produced around 190 kT/year in 2015. However the outlook for the industry in each country is markedly different with strong growth in the US, and a stagnant market in China,  IAL said.

Turning to one component foam, this is finding increasing application in the professional and DIY construction markets across the globe. Global production reached over 660 m cans in 2015, the consultants said.

China accounted for almost half of worldwide production with over 300 m cans. Eastern Europe the next largest region produced 111 m cans in 2015, the consultants concluded.