Oxford, UK – West European car registrations in June 2019 were down by 8% at 1.36 m units compared with June 2018, according to data from LMC Automotive. 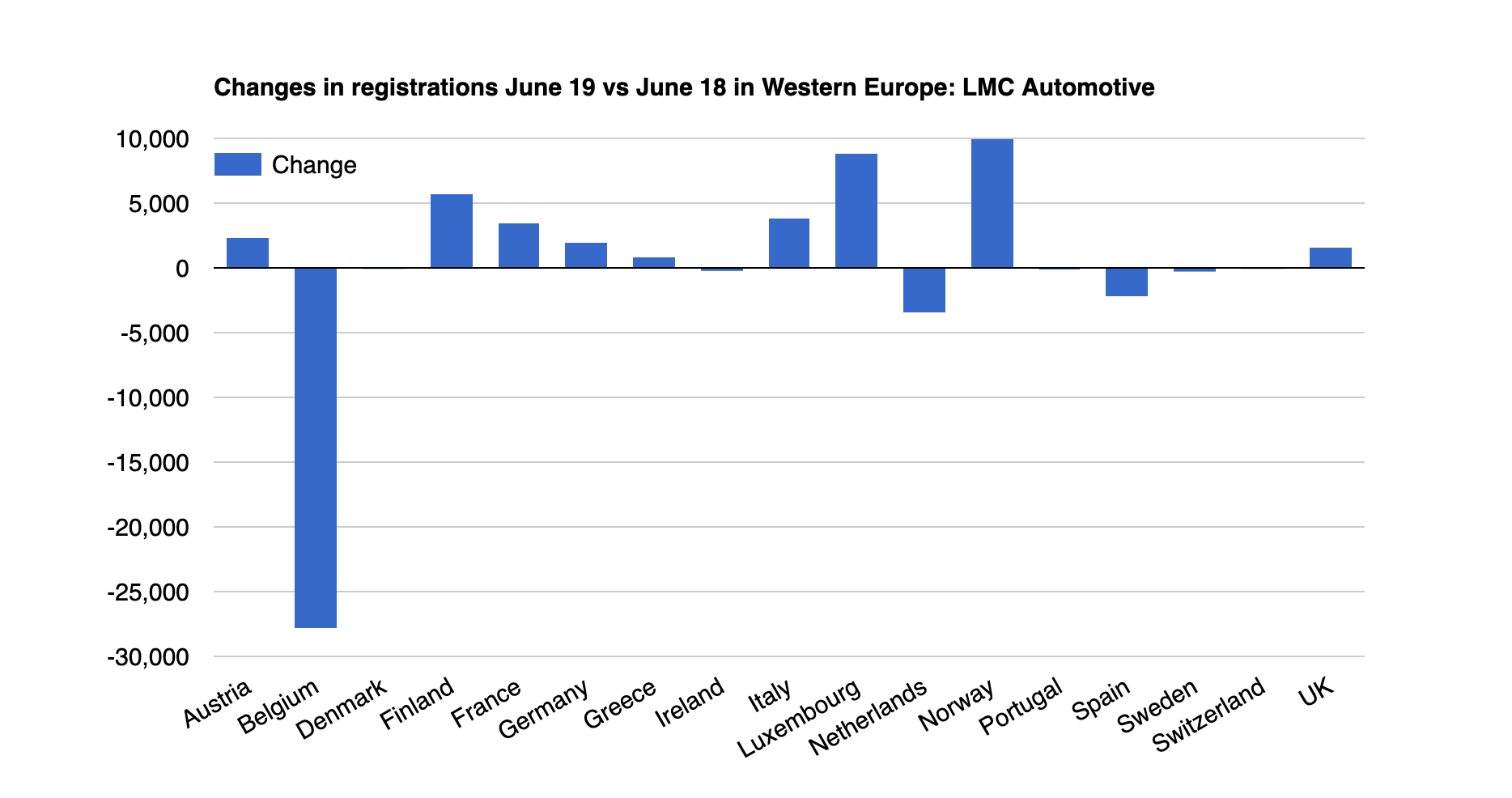 Looking at the largest markets; in Germany sales were down 4.70% in June They reached 325,231 units. This took the year-to-date figures into positive territory. Sales so far are up 0.50% in 2019

Brexit uncertainty again hit UK and car sales and were down 3.40% year on year. Sales hit a total of 234,945 cars in the month.

Meanwhile, in Italy sales were down by 2% reaching a total of 172,000 units in June. A total of 1.1 m vehicles have been sold there in the year to date.

LMC Automotive, which supplied the information said that the German result was partly due to calendar effects. The consultants added that the UK number was better than hoped for.

France is one of Europe's 'steadier' automotive markets, LMC Automotive said. The fall there was partly due to the shorter selling period in June. There is little sign of improvement in the stagnating Italian market.

Spanish figures would have been lower if dealerships had not started registering cars themselves. LMC said that 25% of the registrations occurred in the last two days of the month. Policy uncertainty 'seems to be to blame for the current market weakness,' said LMC Automotive.