Western Europe's car makers sales were flat in May

They reached 333,000 units, which was enough to take the year-to-date figures into positive territory 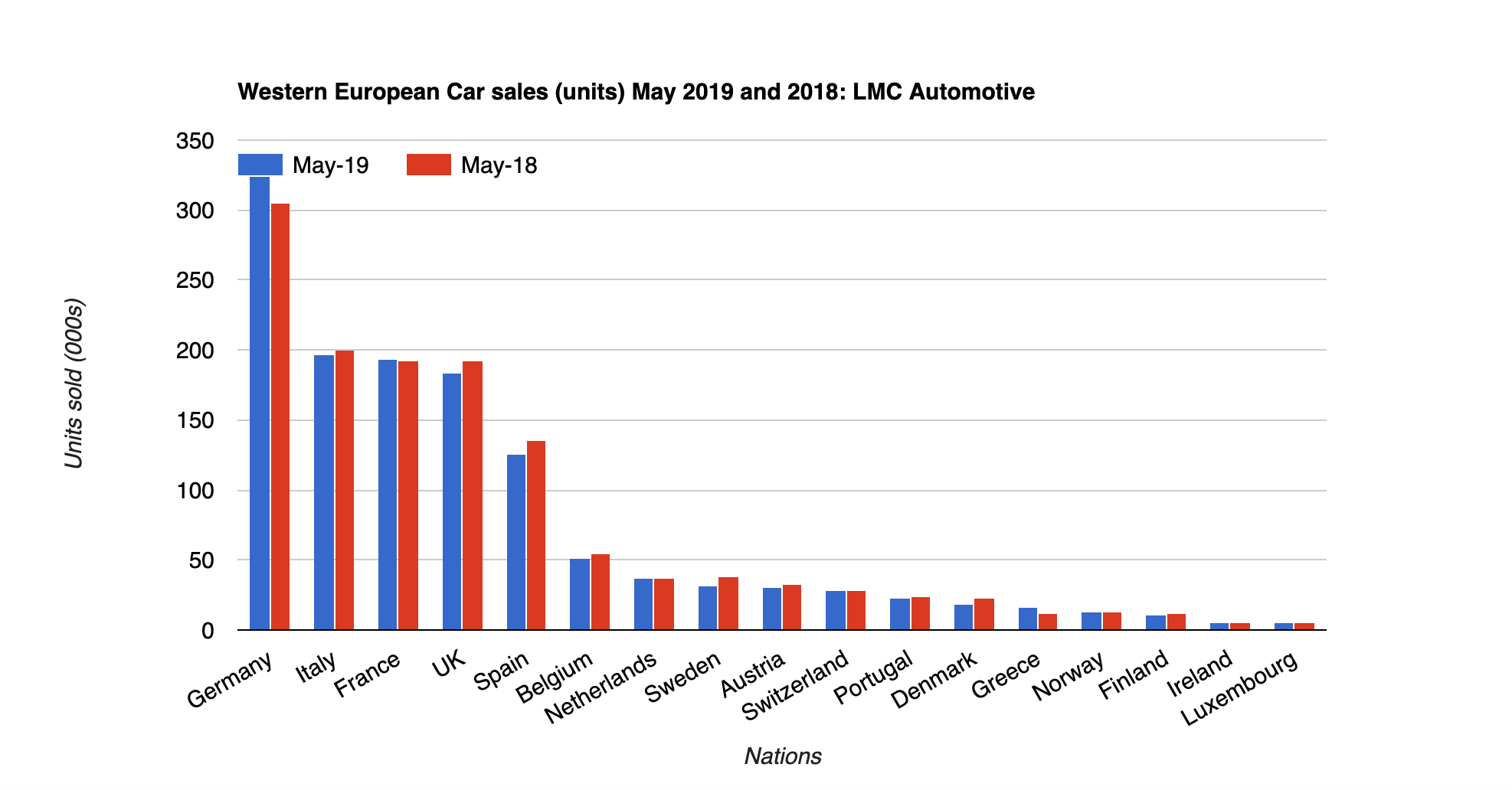 LMC Automotive, which produced the figures said the year-to-date volumes in the first part of 2019 are down on the same period in 2018

But it adds that this was 'a particularly strong period in 2018.'

The consultants suggest the second half of the year could be better than the first. But they warn that the improvement will not 'put the region back on track for significant growth in 2019.

US footwear imports up by a quarter in November 2021